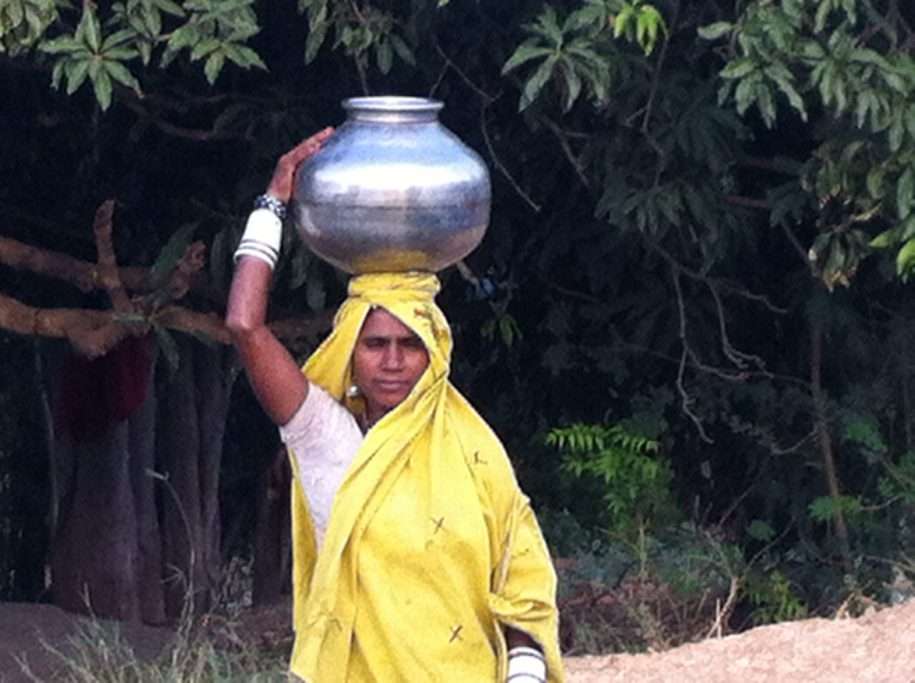 Posted by admin on December 11, 2014 | Featured | No Comments
The Government of India’s Swachh Bharat Mission aims to make India “open-defecation free” by 2019. While it is a laudable goal, it is worth noting that a variety of government-driven sanitation programmes of the past, which included both subsidies and public information campaigns, have not succeeded in addressing India’s sanitation concerns. India accounts for 60% of the world’s population who practice open defecation (WHO-UNICEF, 2012). The economic impact of inadequate sanitation in India in 2006 was estimated to amount to US $ 53.8 billion a year or about 6.4% of the GDP (WSP, 2011).
The problem is particularly severe in rural India where 69.3% of the households do not have latrines as compared to 18.3% in urban India (Census of India, 2011). In Tamil Nadu, for example, only 23% of the rural households have latrines as compared to 75% of the urban households (Census of India, 2011).

Interestingly, the link between poverty and toilet take-up does not seem to be straight-forward. The Planning Commission’s (2011) estimate of rural poverty  is 25.7%, urging us to raise the question – why is it that so many ‘non-poor’ households do not have toilets in rural India?

Theories of toilet take-upIn an attempt to answer the question, policymakers, development practitioners and sanitation experts, using a mix of theory and intuition, have alluded to several factors that affect both demand and supply of toilets in rural India. Demand for sanitation facilities are rarely motivated by knowledge of health implications alone. Demand for toilets, they argue, is often motivated by factors such as increased proximity to urban centers, sanitary awareness and social prestige. In many cases, toilets constructed by the government or third parties have not been used by household members who continue to defecate in the open; suggesting behavioural and cultural attitudes to cleanliness emanating from religious beliefs, socio-economic status and literacy.

On the supply side, studies look at market forces that ease the process of a household constructing a toilet.This could be in the form of a government subsidy, availability of cheaper toilet technology, and credit financing opportunities. While each of these factors has proponents among policy makers, they need to be backed by sufficient empirical evidence.

THE STUDY
Using data from 4998 households across 30 districts in rural Tamil Nadu, as a part of the Yale Economic Growth Center’s Tamil Nadu Socioeconomic Mobility Survey, we have tried to identify which of these stated factors have empirical backing in the context of rural India. The study has two primary aspects. We seek to identify:

We do this by implementing a probit model where the outcome variable of interest takes the value one if the household has a toilet and zero otherwise.

Factors that may seem intuitive, but lack empirical backing

Caste, religion and gender of the head of the household do not seem to predict whether the household has a toilet or not. This suggests that lack of toilets in rural areas is a problem that goes beyond proximate social background. Similarly, our results show that access to credit and availability of land does not affect take-up of toilets.
Factors that lead to toilet take-up
We find that the wealth and living standards of the household are important determinants of toilet take-up. Educational background and the type of work of the head of the household are also statistically significant factors in predicting toilet take-up. The key point to note here is that the education background remains an important determinant after controlling for wealth and living standards.

This study also brings forth  a very intriguing aspect of toilet take-up, a factor rarely accounted for in existing literature. We find that the average educational background of relatives, who are not household members, increases the take-up of toilets by 36 probability points. This, we believe, is the social network determinant of demand for toilets. This is a factor of interest from the policy point of view, as social network structures can be exploited to implement more effective and cheaper information campaigns.

On the supply side we find community level effects like sanitation awareness determine toilet take-up. We also find that the households that are beneficiaries of the direct government subsidy scheme to construct a toilet have greater toilet take-up. Receiving the subsidy improves the probability of constructing the toilet by 81.8 probability points. It is interesting to note that t
his variable is significant even after controlling for the educational background of the head of the household and the wealth and living standards of the household.

One of the key findings of this study is the relative importance of social networks on the demand for toilet take-up. Sanitation awareness campaigns rarely exploit network structures to increase take-up. This therefore, highlights a potential new strategy to improve awareness campaigns.  Another key finding on the supply side is that government subsidy helps in increasing the overall take-up of toilets. This we believe is an important finding of the study, given there is a lot of debate on the effectiveness of this particular policy.

Doing a rigorous causal study, looking into both of these factors, we believe, should be an area of future research given the promising results in our data. We feel our study is successful in providing prima facie evidence on the critical determinants of toilet take-up in rural India. Swacch Bharat Abhiyan hinges on our success at wiping out open-defecation practices. To do so, we need to better understand the constraints holding back rural households from taking up toilets.

The opinions expressed in this blog are only those of the authors, and not the institutions they represent.