Chennai Should Levy Rs.30 per Trip as Congestion Charge 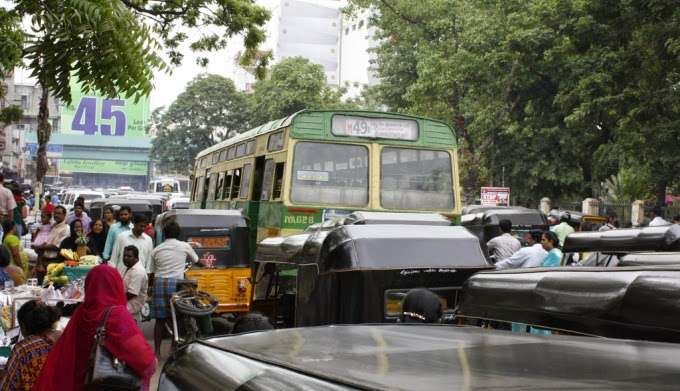 Posted by admin on May 7, 2015 | Featured | No Comments
India Climate Dialogue,  hosted by the Shakti Foundation, recently published an article on their website by ENCC, CDF-IFMR LEAD. The article is based on the report by IFMR LEAD on “Fiscal Instruments for Low Carbon Transport.”

Addressing the problem of congestion is critical towards transition to low carbon transport. A recent study shows that Chennai lost over Rs 700 crore due to traffic congestion in 2009. And this cost of congestion is likely to double by next year. Is it time to take a cue from London and levy congestion charges in Indian cities? 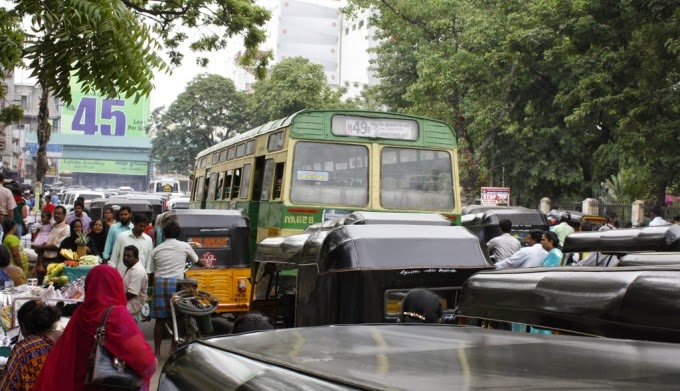 City-scale congestion charge – the  fee charged on motor vehicles in certain zones to reduce traffic load – has been increasingly recognized as an instrument that can play an important role in freeing cities from crippling traffic. The impacts of congestion include pollution and greenhouse gas emissions. In essence, congestion if not addressed would impede the growth of a city. But what is the cost of congestion at the city level?

A recent study conducted by IFMR LEAD on Fiscal Instruments for Low Carbon Transport indicates that in the Chennai Metropolitan region, congestion escalates travel times by 1.5% – 161.8% based on the direction of travel. As a result, engines cannot run at optimal speed of the gear, resulting in increase in time taken to commute, wastage of fuel and increase of emissions. The time cost that can be attributed to congestion amounted to Rs. 68.59 crore in 2009. This is likely to increase twofold by 2016 if no interventions are made to reduce congestion (assuming the same real cost of time). Additionally, the cost of fuel owing to congestion and health cost of pollution load from vehicles is estimated at Rs. 558.45 crore  and Rs. 78 crore respectively for 2009. Thus the cumulative cost has been estimated at approximately Rs. 705.05 crore for 2009. Assuming that the cost of congestion is spread based on the kilometres travelled, this amounts to Rs. 3.06 per km per day. Additionally, assuming an average trip length of approximately 10 kms (across various modes of transport), the cost of externality is estimated at Rs. 30 per trip per day as per 2009 data.

Addressing the problem of congestion is critical towards transition to low carbon transport. Several proposals such as congestion tax, electronic road pricing and ramp metering are being considered by the Chennai Corporation to combat the twin challenges of congestion and pollution. This study recommends charging a congestion fee of Rs. 30 per trip on the heavily congested stretches of radial roads on a pilot basis and then identifying solutions to decongest arterial roads based on observations from the pilot studies. The stretch of radial road for the pilots can be selected based on the vehicle carrying capacity of the road. Ideally the ratio of volume of vehicles to carrying capacity should be one. However, the losses in capacity of the road due to parking of vehicles and poor road conditions need to be addressed prior to the pilot exercise. Alternatively, in case of wider roads, dedicating a fixed lane for high speed driving (HSD) does not exceed the cost of congestion. Commuters have to be assured of a minimum speed of 27 km/hr while levying this charge…