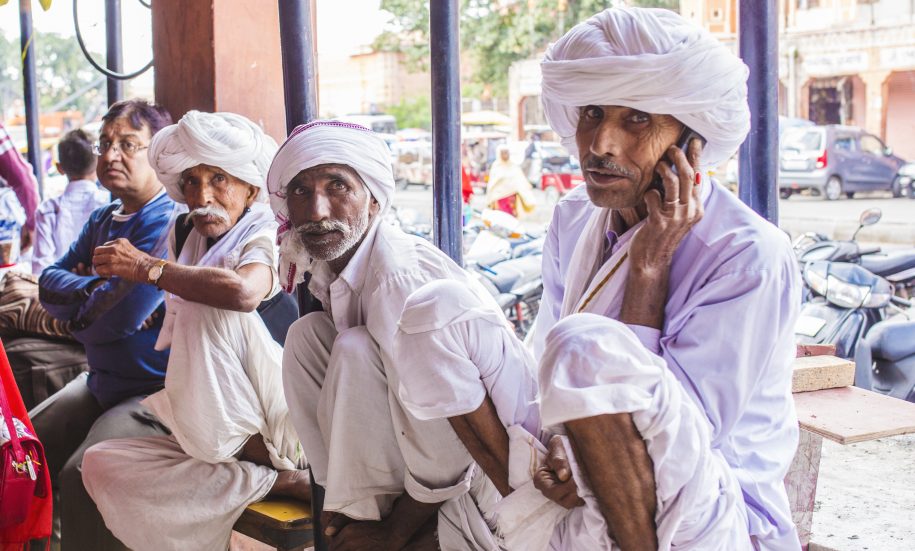 Posted by admin on December 4, 2012 | Featured | No Comments
A few days ago, Prime Minister Manmohan Singh declared that from January 1st, the government would start using Aadhaar linked bank accounts to transfer government benefits under 29 schemes in 51 districts across 16 states, taking on an unprecedented challenge. But is the program ready for implementation yet? It seems not. This announcement comes in the face of several problems evident in a pilot run in Rajasthan and mounting political pressure to give the green light to possibly try and fix the central government’s image in the face of recent allotment scams.
The project started enrolling citizens 2 years ago and plans to cut leakages in government transfers by verifying identities through biometric information recorded under the Aadhaar database, eliminating fraudulent claimants and using an electronic benefits transfer (EBT) system to deliver refunds to applicants directly.
In a speech in March, the prime minister stated that the program will “help implement the public welfare schemes launched by the UPA government in a more effective way. Complaints are received often that gas connections, diesel, fertilizers etc. which are provided on subsidized rates don’t reach the people… These benefits could be made to reach people through direct cash transfer to the beneficiaries. We will ensure through Aadhaar numbers that money reach the right person”.
As of October 2012, 240 million people in India have been assigned UID numbers and of those, 210 million have been allotted Aadhaar cards. By 2014, the government hopes to enrol 600 million people. In the next year alone, the government plans to transfer the wages for over 50 million workers in a rural job scheme, along with pensions for 20 million senior citizens, about 5 million education scholarships and some fuel subsidies directly to bank accounts linked with the Aadhaar identity number.
Results from a Pilot and more: Contrast with the Government’s Positive Standpoint
Glaring errors in the system’s efficient operation have been observed under a kerosene subsidy transfer pilot scheme implemented in a small village called Beelaheri in the Kotkasim region of Rajasthan.
According to a Reuters report, hundreds of new Aadhaar ID cards are strewn in messy piles on the counter of a small tea-shop on the edge of the village. Locals drift in and rifle through the cards, looking for their own. Transfers reimbursing them for kerosene purchases don’t show up in bank accounts on time, causing severe inconveniences to transfer beneficiaries and these allotment inefficiencies are occurring in a village with a population of a mere 2000 people.


“The government has begun the cash transfers even to people who have not received their cards”, said Pushkar Raj Sharma, a local government official overseeing the scheme in the area. Sharma also said the project had cut the amount of kerosene being sold to one-eighth of the earlier levels, partially due to elimination of “ghost beneficiaries,” or duplicate identities used to claim benefits.
However, reports indicate that payments have been arriving in bank accounts sporadically and people are required to buy kerosene at three times the subsidized amount only to wait for an unknown period of time to be reimbursed through their bank accounts. These problems might actually be a major cause of the severe drop in kerosene demand, possibly more than the elimination of ghost beneficiaries.
This lower demand for kerosene might be good for the government as it also means a decrease in subsidy payments, but the obstacles to cheap fuel would play out to be costly in the polls.
To top it off, in May 2012, fifty thousand UID cards were returned by the post office in Andhra Pradesh due to “untraceable Addresses”. So far, it has been observed that it takes 15 days to simply capture biometric data after the applicant has managed to acquire and submit and enrolment form. After this, one has to usually wait for 4-6 months to receive an UID card. Such problems are likely to resurface in the future as the program is scaled up across the country.
A Lack of Focus on Aadhaar’s Financial Inclusion Agenda
UID registration is being denied flatly to people who don’t have any sort of ID proof. People must carry an identity or address proof, whether it be a public distribution system (PDS) or ration card, or a PAN card, to be able to get a form to apply for the UID number. Even though it is printed on the ration card itself that this cannot be used as a residence or identification proof, almost every authority, including the UID registrars, ask for it. This defeats the fundamental purpose of the UID, which is meant to serve as identification for those who do not have any to begin with.
On registering under Aadhaar, beneficiaries are asked if they would like to open a linked bank account (No-Frills Account) or link a current bank account with their UID number. However, the regulation issued by the RBI that Aadhaar cards may serve Know-Your-Customer (KYC) norms has been refuted by banks which say addresses mentioned on the Aadhaar cards may have changed since registration. This is enough to open NFAs but not regular savings accounts; which has prevented people from opening regular savings accounts with Aadhaar cards as promised by the government. Since NFAs have limitations on transaction limits and balances and most NFAs are only able to transfer money to other NFAs, only people who have easy access to a business correspondent can benefit from them.
This opposes the financial inclusion agenda of Aadhaar itself.  Disregarding these issues, the government still plans to start EBT’s in January and for people who do not have Aadhaar cards, Voter’s ID will be used to open bank accounts.  As we know, there are major rent-seeking activities related to obtaining voter’s IDs and this in turn will exclude those who can’t afford to gain access to these IDs.
Why The Project Needs More Time
If these operational issues are not fixed before using UIDs to enforce benefit transfers, the entire scheme could be discredited before it gets to achieve its full potential. The massive project, which has the potential of cutting leakages in benefit transfers and has proved to be successful in reducing poverty in countries such as Brazil, shouldn’t face failure in its primary phase; given the constant political opposition it has faced by several parties concerned about privacy issues (and perhaps losing their rent-seeking opportunities) and a recent notice by the Supreme Court  to the centre challenging Aadhaar’s implementation stating it has bypassed the parliament in the decision to pursue the UID project and collect   bio-metric data for the population.
The model has the capability of increasing the financial viability of business correspondents as well, who have been assigned to profitably achieve financial inclusion in areas where brick and mortar bank branches are financially unfeasible.
If this project is allowed to be played into the hands of politicians with their personal agendas, a conditional cash transfer (CCT) program which has proved successful abroad could be laid waste at a time when an increase in financial inclusion could also help fix India’s economic slowdown.