What is Social Exclusion? A Story from the Field 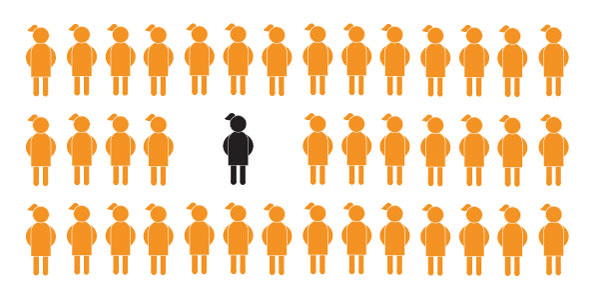 Social exclusion has been defined as ‘the process through which individuals or groups are wholly or partially excluded from full participation in the society within which they live’.  Gender, caste or ethnic disadvantage translates into social exclusion when the ‘institutional mechanisms  through which resources are allocated and values assigned operate in such a way as to systematically deny particular groups of people the resources and recognition which would allow them to participate fully in the life of that society’.1

People could be discriminated against because of their caste, gender, religion, sexual orientation, HIV status etc. Further, their exclusion could take different forms. Firstly, some individuals could be excluded from economic opportunities – for example, individuals from lower castes are denied work in upper caste firms. Secondly, individuals could face exclusion from political participation – for example, a woman might find it harder to gain acceptance and be elected as a political leader. Thirdly, individuals may be excluded from social participation – for example, people following specific religious faiths are denied housing by people of other faiths.
These various forms of exclusion could stem from an inadequate institutional framework, corruption, lack of the right incentive structure and general social and cultural norms. Regardless of the reason, these restrictions do not allow some people to participate as equal members of the society that they belong to. This exclusion restricts their ability to escape poverty. Furthermore, people who suffer discrimination on various fronts – for example, disabled women, girls from lower castes – are often the poorest.2This problem is exacerbated when already vulnerable groups are excluded from access to social welfare schemes. In general, social welfare schemes work towards providing equal opportunities for the poor, but denying them access to social welfare schemes makes them even worse off. This is because they end up getting excluded from the very schemes that are supposed to enhance their capability to escape poverty and they get stuck in a poverty trap.
On one of my field visits to villages in Mysore district, I met an old woman. I was speaking to one of our surveyors when this old woman came to us and started asking for help. She told us that she was a widow with no children. She didn’t have any work and she didn’t have anyone to depend on. She went from house to house in the village asking for food and somehow managed to live on what she got from them. She said, “I have heard that there are many schemes through which I could get some money. I have visited all government offices but no one is processing anything for me. Maybe they are treating me this way because I am a woman. Or maybe it is because I belong to a low caste and they think I have no power over them. Could you please help me?” The surveyor went on to explain what she could do to get help but I don’t think it was enough.
Numerous everyday interactions and evaluation studies indicate that even though there is no dearth of good social welfare schemes in India, implementation is a serious threat. A study by Thorat and Lee (2005) on government-run Mid-Day Meal Scheme (MDMS) looks at caste discrimination and untouchability in the context of MDMS implemented in school. They find that many forms of discrimination still exist and within MDMS they find that there is discrimination in terms of segregation of children during meal times on the basis of caste and disapproval of Dalit cooks.3
The NSSO’s 66th Round data for 2009–10 indicated that under the Mahatma Gandhi National Rural Employment Guarantee Act around 19 per cent of the total rural households  sought work but did not get employment, exceeding the percentage of households with job cards i.e 35 percent. This may be because of denial of Job Cards.4 A study titled “How to Overcome the Governance Challenges of Implementing NREGA” by IFPRI looked at implementation of NREGA in two districts of Bihar and showed that exclusion from receipt of Job Cards was rising due to social and caste conflicts. 5
There are numerous innovative schemes targeted at the poor both at Central and State level but at the end of the day, having a great scheme is not enough.  The most important question is, how many of these benefits actually reach the poor and the most vulnerable segments of society? Our goal today should not only be to come up with innovative schemes to help poor people come out of poverty trap but it should also be to ensure policies in such a way that they reach their targeted population.
Effective implementation is key.