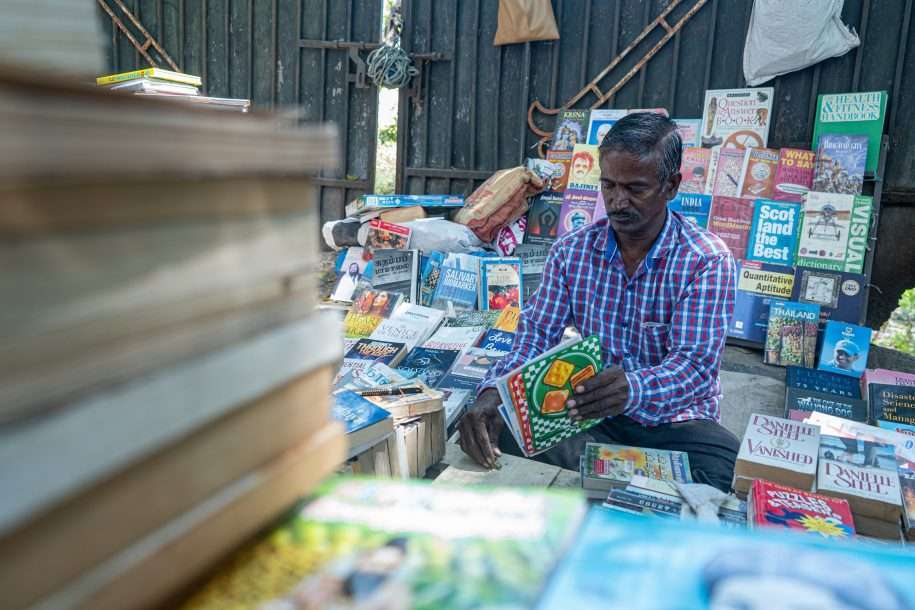 Posted by admin on November 30, 2012 | Featured | No Comments
In January this year, four of us made our way into a little hamlet called Beerasandra, in Kolar District in Karnataka. This was to be the first Pilot Village of the Savings Monitors Project. We had already identified individuals who would be a part of our Saver Sample and those who would be part of our Monitor Sample in this village. One of the persons we were interviewing, Gowrappa was part of our Saver sample. Beerasandra has a small temple where the village folk often gather. Gowrappa is a priest and has been working there for several years. When we explained our project to him and told him he would have to give us a 6-week Savings Goal which he should try and meet in this time period, his answer was Rs 50.
We told him we would open a bank or post office account if he didn’t have one and he would have to save that money in this account, Gowrappa was very happy. He didn’t have any account and was glad that we would be bearing the expenses of opening the account as well as helping with the whole process. A few days later, a village meeting was conducted where the Savers picked their respective Monitors. Every week our Surveyors would check the savings balances of these savers and inform the Monitors about the Savers progress. At the end of the 6-week period, the Monitors whose Savers reached their savings goal were given a bonus payment. The Savings Monitors project has since taken off and with each of the four pilots we conducted, we found ways of improving and sharpening our research design.
The project seeks to answer two fundamental questions:

The project fits into the overall context of addressing the financial needs of the poor. While providing microcredit has often been found to be very beneficial, access to formal sources of savings is equally needed and can help the poor immensely. This project focuses on the savings piece.

An integral part of this project’s research design is the village-level meetings held in each of our 61 study villages as well as the opening of bank and post office accounts which follows after each of these meetings.
We have met and spoken to several banks in order to get their support and co-operation in this regard. All the accounts that we open are no frill, zero balance accounts. The response across banks has varied. While all of them have ultimately extended their co-operation some of them have been sceptical since the beginning. A lot of them ask for a letter from the Lead Bank or enquire a lot about our organisation. An immediate reaction from most banks when they are told we are looking at opening no frill accounts is asking why we can’t open regular accounts instead. We have to tell them that many of our respondents won’t be able to afford putting in a minimum balance of Rs 500. They agree ultimately but tell us that if there is no transaction for a while then the account would automatically lapse.
The experience with Post Offices is very different. Many times it just consists of one small room with a Post Master sitting with a lot of registers. Most of the Post Masters are  very friendly and  happy to share information. One Post Master mentioned that he had observed that women usually prefer post office accounts to men which he felt was because these accounts are much easier to open and require less time. Moreover the Post Master and the Post Man usually have a good relationship with the villagers and know many of them personally. Women find the Post Office less intimidating. Most of them being illiterate, some find getting used to the banks a little difficult in the beginning. I have experienced instances myself of women asking me for help in filling up forms in the bank.
After the Bank and Post Office Accounts are open, every two weeks for 6 months, our surveyors record the fortnightly savings balances of the Savers and report it to the Monitors. We have completed our Mini Baselines and Intervention Meetings in all our 61 Villages and have started these Follow Up Surveys in 46 Villages.
While we are still analysing the results, we hope through this effort that people will be encouraged to save more in formal sources. Furthermore if it is proved that Monitors do  help in increasing the savings balances of their fellow villagers we believe that this product design could be used as a simple and cost effective method to encourage improved savings behaviour through basic utilizing of peer enforcement.