To Commit or not to Commit: Perspectives from a Research Paper 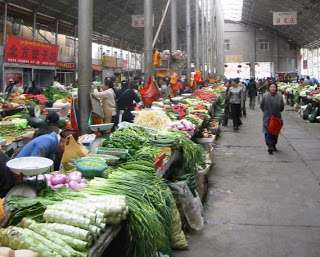 Posted by admin on November 12, 2012 | Featured | No Comments
As part of the savings month, we at CMF have also been reading and discussing various academic papers. Last week, I happen to lead the discussion on a paper that dealt with the aspect of commitment savings. Given that farmers or the rural poor do not usually engage in formal savings products due to various reasons. It is interesting to note that various studies lead to the point that there are many takers for such products. Understanding the psychology and behaviour of the rural poor is the key to understanding why the take up of formal savings products loses to informal mechanisms. 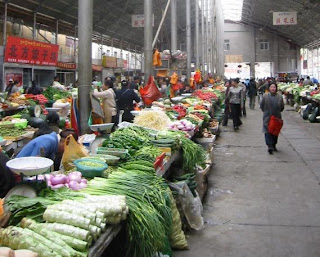 The paper that was discussed was Commitments to Save: A Field Experiment in Rural Malawi. In a field experiment conducted in the African nation, Malawi, smallholder farmers were offered savings accounts. It if often visible in developing countries that the governments always strive to increase the input utilization in agriculture. The most famous among of all initiatives would be that of subsidies. This often takes a toll on government expenditure and its sustainability is very questionable. Here are Post 1 and Post 2 that tells you more about subsidies. The second method would be by expanding micro-credit programs by which you allow farmers to access cheap credit and thus add more inputs to agriculture. However, micro-credit mechanisms do look upon agriculture with favour. Thus, comes the entry of savings accounts.
In this Malawi experiment, participants from the sample were provided savings accounts. One portion of the sample had access to an ordinary savings account. A second group had a commitment savings feature in addition to the ordinary savings account where they can deposit money in an account wherein they are not allowed to withdraw before a pre-defined date. The third group were not given any assistance in opening a savings account. The main objectives of this study were:-
A sub-experiment carried out in parallel to this study was to see if the pressure to share income with members of a social network would reduce savings, this was done by public revelation of savings amounts.
While the ordinary treatment’s effect on deposits and withdrawals was similar to that of the commitment treatment effect, the ordinary treatment effects on agricultural inputs and subsequent outcomes are uniformly smaller than those of the commitment treatment, and are never statistically significantly different from zero. A joint hypothesis test finds that the impact of the commitment account offer on the set of agricultural and expenditure outcomes is statistically significantly larger than the effect of the ordinary account offer. The commitment treatment could have helped farmers solve “other-control” problems, by allowing them to better resist social network demands for their savings – however there is no conclusive evidence to prove this. The commitment treatment did not reduce reported transfers to other households; in addition, the sub-experiment that created public revelation of savings balances did not lead to lower savings as expected.
Interestingly, the actual amounts saved in the commitment accounts were very low (about an order of magnitude lower than the observed increase in inputs), with ordinary accounts receiving the vast majority of deposits. The observed increase in input use due to the commitment treatment plausibly could have been funded out of deposits into ordinary accounts, but is much too large to have been funded purely out of deposits in commitment accounts.

So what can be inferred from this – the rural farmers utilized the savings accounts for sure. Having access to a commitment feature helped them plan for better agriculture as well as household expenditure in the following planting season. The study does have the shortcoming of not keeping track of high-frequency consumption, which could have told us if the commitment feature prevented them from hasty consumption. Did possession of a commitment savings account enable them to move towards more financial discipline or did it just provide them an avenue to make better financial decisions? Though the study does not have any conclusive evidence on these, it surely provides the cause of formal savings products a further impetus.