The Risks Posed to our Surveyors 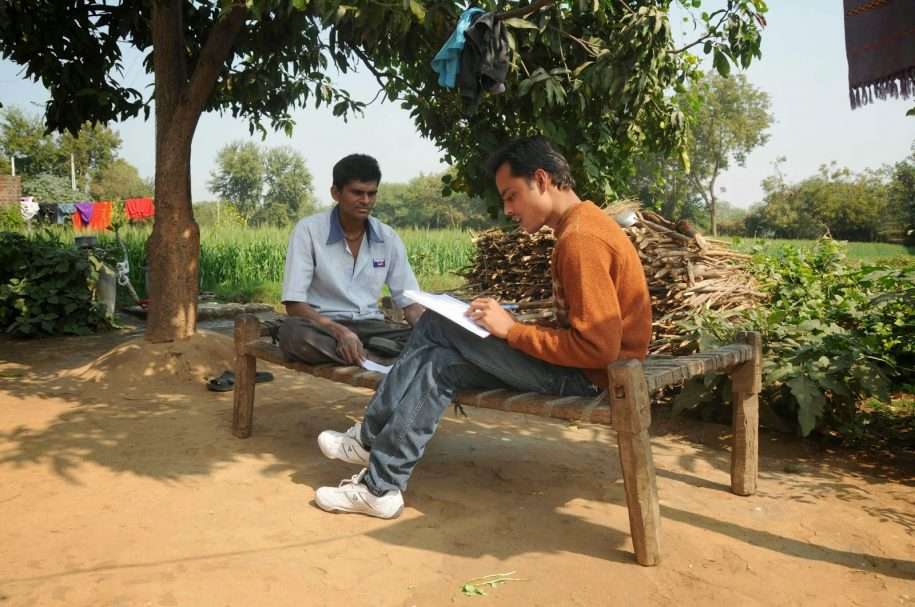 Posted by admin on September 27, 2013 | Featured | No Comments
During a survey operation, we conduct various surveys with our study participants, such as Household surveys, Vendor surveys, Market surveys and so on. Something we don’t think about however is that while surveying, the field staff, especially the surveyors take various risks to collect primary data.
For example, we’re working in various villages on a study related to farming and the surveyors have to administer modules primarily related to land and farming. We also need to calculate a farmer’s land holding using a GPS device. Though this method is easy and approachable, it also has unforeseen risks.
To calculate the land area, the surveyor needs to move around the boundary of the land and mark GPS records. The farming land and its surroundings are always covered with marshes, bushes and wild grasses or plants. Even walking through the land is really difficult due to it being covered with growing crops or grasses. During the harvest time – around September for our project, snakes and other poisonous insects are often found in these areas.
Now, when the surveyors collect the required GPS coordinates, they face the consequences of being bitten by, or being threatened by these creatures.
Recently, an incident took place where a surveyor was moving around a farmer’s land, got bitten by something, and fell on the ground shrieking with pain. He felt that he’d been bitten by snake. When the supervisor called him for a different location to check on the survey’s progress, the surveyor told him about the incident.  We ran to the place to find the surveyor crying in pain and unable to walk – partly due to pain, and partly due to panic.
Afterwards, we observed and realized that it wasn’t a snake bite but a bite by some other poisonous insect. He was taken to a medical center immediately and is doing better now. The incident was unnerving, firstly due to the fact that surveying has inherent risks for the staff, and secondly because such incidents create panic among the rest of the staff, who might disagree to do such work in the future.
For me, the most important reason for sharing this story is that when we analyze the survey data, output results, and present study findings to others, we don’t really take into account the risks faced by the staff. However, the surveyors are thankful for the career opportunities we’re able to provide, and this keeps them motivated.
Sometimes, in our quest to get valuable primary data, we often forget about the hard work and risks faced by our surveyors. However, if we think about their work ethic and dedication, then we may realize how important these surveyors are to us.