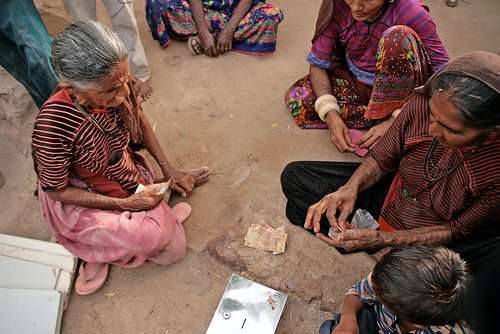 Posted by admin on July 10, 2013 | Featured | No Comments
To continue the conversation from my earlier blogposts ( Link : 1 and 2 ) and the last CMF meet, this post will attempt to briefly summarize the micro-pensions market in India. This summary may be ambitious for a single post, the fact that it might just be accomplished says more about the market and less about my summarizing skills.

Historically, public pensions, in their modern form began in United Kingdom in 1908 a few decades after the Poor Laws. These were a set of liberal welfare reforms that targeted the poor (hitherto considered by society to be moral degenerates and only worthy of the workhouses).   This first pension scheme in the UK offered 5 shillings per week to every individual over 70 without the adequate means. While the majority of the worldwide pensions market is captured by the USA and the UK, countries like Canada, Australia, the Netherlands and Hong Kong are also notable for their pension plans. A remarkable feature of some of these schemes is that they are compulsory and linked to their employment benefits. The reason why this works is that almost everyone is employed in the formal sector so almost everyone has a pension plan.
A country like US can possibly afford to spend 5% of its GDP on social security because around 45% of its population pays taxes on income whereas the equivalent in India is only 3%. A universal pension scheme in India is considered to be unfeasible given the state of affairs (and by affairs, I mean the deficit). This drawback is an opportunity for private players to enter the market and for state governments to step up their role.
India has old age pension schemes (NOAPS) and EPF/PPF schemes but the new pension system (NPM) envisages a move toward defined contribution (DC) schemes from defined benefit (DB) schemes which are a burden on the exchequer.
Currently the most popular broad-based pension products in India are as follows:
• Provident Funds
• National Pension Scheme-Lite
• LIC pension plans
• UTI Retirement Benefit Fund
• ICICI Prudential Life Stage Pension

The rates of return on provident funds are fixed at around 8-8.5% (depending on whether it is an EPF or a PPF account). The rate of return on the latter three, while not fixed, have an average of 10%. The transaction cost (exit or entry load) is nil with provident funds but can be a flat fee or a percentage of the corpus. The payouts of the UTI pension scheme and the provident funds have better tax treatments (close to exempt) while there are deductions in the NPS and Life-Insurance scheme.
Successful penetration of the above mentioned products is hindered by several challenges:
• Low levels of literacy, specifically among the informal sector. This is linked with subsequently low levels of trust and awareness of such products.
• Lack of formal documentation. (One issue we are coming up against in the field is the lack of accurate ID proof and misrepresentation, therein)
• Lack of extensive distribution channels. Agent driven channels are more expensive due to issues of commissions.
• Lack of IT infrastructure that helps in facilitating transactions
• Problems with annuities when income flows aren’t constant.
• Problems with spreading the corpus at maturity over the benefit period
• Behavioural constraints

Currently, only 12% of India’s population is covered by a retirement plan. Almost all of them are in the organized sector. Improvements in health-care and increasing life-spans lead to increases in longevity risk. India’s elderly population is expected to constitute 20% of the total population by 2050 and at the way things are going, they might not have a way of sustaining themselves by then.