No Place Like Home? Addressing Rising Domestic Violence During Lockdown 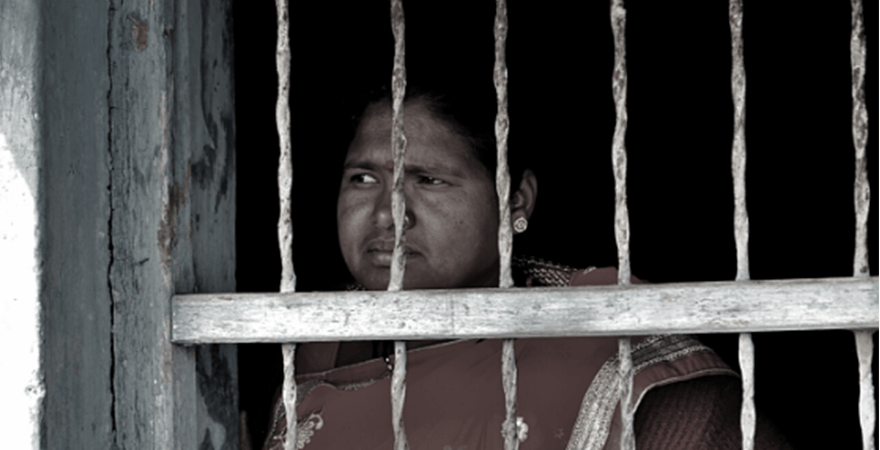 In times of crisis, unequal power dynamics, social structures and hierarchies increase the susceptibility of vulnerable groups to exploitation. This novel coronavirus outbreak has restricted regular life, especially due to physical confinement. The WHO estimates that globally, one in three (35%) women suffers some form of abuse, mostly from partners or ex-partners in their lifetime (Brown, Cole, & Shell, 2020) and as this pandemic deepens economic and social stress, coupled with restricted movement and social isolation measures, gender-based violence may increase exponentially (United Nations, 2020).

The discourse on urgent policy responses to domestic violence is vital because isolation during this period of quarantine exacerbates the likelihood of violence. The Protection of Women from Domestic Violence Act was enacted in 2005 and as legal scholar Flavia Agnes wrote in 2019, “even after a decade and a half, the assurances made in the act have not been actualised when we examine the cases which are filed under this act.” Social or physical distancing increases the exposure to perpetrators within the household and stands to reinforce abusive tactics of social isolation, a key strategy used by many abusers, where they control and dictate the social interactions of the victim (Brown, Cole, & Shell, 2020).

Women, under normal circumstances negotiate barriers which hinder their abilities to escape safely from their abusive partners. In emergency situations such as the COVID-19 pandemic, where a pivotal mechanism of prevention has been increasing physical distancing and restriction of mobility; economic vulnerability, reduced access to social services and challenges for escaping abusive partners tend to get compounded (O’Donnell, Centre for Global Development, 2020).

The overlooked side of social distancing in developing countries is the increased susceptibility of women to domestic violence in the absence of and access to infrastructure for victims provided by the state. As Deshpande (2020) notes that helplines, shelters and legal assistance for victims of abuse are deplorable even under normal conditions in India and with the unanticipated lockdown, women find themselves at increased risk, with nearly no recourse.

Domestic Violence and COVID-19 across the world

An analysis of the increase in prevalence and measures to tackle domestic violence reveal that several government systems have dedicated exclusive resources and proactively taken measures to alleviate risks for victims. For instance, France experienced a rise in domestic violence by 32 percent across the country. The immediate relief responses were allocating funds to relief organisations, setting up ‘pop-up’ counselling centres in local grocery stores and providing paid hotel rooms for victims. The government of Italy introduced an app through which victims can seek help without making a phone call in addition to allocation of supplementary resources for the creation of shelters for victims. Scotland has dedicated funds to ensure access to support services for victims of domestic violence is maintained. Since the stay at home diktat, the UK has seen a 25 per cent rise in calls to helplines by women in distress and requesting help.

In several parts of China, the rate of domestic violence has tripled during the pandemic. As a result, support services for survivors have been increasingly strained, particularly the police and health services. To tackle the strains on existing infrastructure, response services have leveraged technology. A Beijing court has been using online court hearings and ‘cloud visits’ to handle cases and protect vulnerable survivors such as women and children during this epidemic. All instances of resources and efforts made by countries worldwide towards mitigating risks of violence for victims goes on to show that India is lagging in efforts to address the issue and dedicate resources to tackle the same.

Along with the increase in numbers, violence against women is taking on a new dimension: exposure to COVID-19 is being used as a threat; abusers are exploiting the inability of women to call for help or escape; women risk being thrown out on the street with nowhere to go (United Nations, 2020, p. 17).

The increase in domestic violence as a result of a policy where people are asked to stay inside their home isn’t something that couldn’t have been anticipated. Policy settings merit urgent reconsideration – as important as it is to protect citizens from the virus, it shouldn’t leave them helpless in the face of the shadow epidemic of domestic violence.

In India, the total number of complaints from women rose from 116 in the first week of March (March 2-8), to 257 in the final week (March 23-April 1). Cases of domestic violence have risen sharply from 30 to 69 over the same comparative period. Moreover, there has been an almost threefold increase in police indifference towards women’s complaints with the National Commission for Women (NCW) receiving 16 complaints as compared to six earlier, as the police are busy enforcing the lockdown. Deshpande’s (2020) analysis of NCW data for March–April 2019 to March 2020 and April 1 to 13, calculating the average number of complaints per day finds the sharpest increase in complaints related to domestic violence (5 to 9 complaints) and the ‘right to live with dignity’(7 to 10 complaints), and a smaller increases in rape/attempt to rape and sexual assault. As the lockdown continues, the rest of April likely will see a further spike, with rates higher than compared to the previous year. The NCW helpline is just one of the many options that are available to women for reporting cases of domestic violence. Other helplines include 181, which is run by the respective state departments of Women and Child Development, and 100, 112, 1091 (all of which are operated by local police authorities). Apart from this, there are hundreds of localized reporting and rescue services run by NGOs.

To understand the magnitude of the issue in India, data reported from one state recently depicts the microcosm of violence. Authorities in Punjab received over 9 lakh SOS messages in just 25 days — phone calls, distress communication in the text – on three different helpline numbers — 112, 104 and 108. While a majority of these 9,70,573 calls and messages related directly to corona crisis and health emergencies, at least 39,849 pertained to crimes against women.

It is plausible that the numbers recorded in these circumstances in India and worldwide are underreported as it is increasingly challenging for women to report cases considering the lack of privacy to do so. In doing so, they risk being caught by their abusive partners which amplify the dangers that their existing situations pose. Less than 40% of women who experience violence report these crimes or seek help of any sort. The National Commission for Women’s Chairperson Rekha Sharma in a recent statement said that the number of cases of domestic violence must be higher but women are scared to complain due to the constant presence of their abusers at home.  Accounts of survivors reveal how other women in the family either watch helplessly or ignore the abuse. This abuse, because of its location (inside the home) and its perpetrator (a close relative), is widely underreported (Deshpande, 2020). Without access to private spaces, many women will struggle to make a call or to seek help online (United Nations, 2020, p. 17).

Some common measures to mitigate and rehabilitate victims of domestic violence include helplines for victims and apps to register complaints. However, despite the presence of such platforms, the current resource-constrained times mean that they are not enough to mitigate risks. Furthermore, with the sudden lockdown and its extension, clear communication has been absent as to how the government plans to address domestic violence and what are the mechanisms to mitigate the risks until the lockdown period is over.

Going beyond just reporting, focus also needs to be on the rescue and rehabilitation process, leveraging one-stop centres (OSCs). While at least one OSC should be available in each district, only 234 are functional out of 718 sanctioned OSCs.

Some concrete steps that the state can take are as follows (O’Donnell, Peterman, & Potts, Centre for Global Development, 2020):

In the face of increasing distress calls and reports of violent crimes, the government needs to communicate what concrete measures exist to help women in India escape abusive homes while the country is under lockdown. Furthermore, information about shelters for victims in all regions need to be communicated widely along with discreet mechanisms to report the incidents. There is a need to ensure relaxations in timeframes to report the crimes for victims along with methods to collect evidence (in cases of sexual assault) in the absence of access to health services to victims. In the long term, the government needs to make responses to gender-based violence an integral part of its health policy responses to manage risks, especially during a pandemic.

An easy and actionable measure to dedicate resources to curbing domestic violence is the redirection of the Nirbhaya fund which has remained largely underutilised. This can be used to increase the number and accessibility of shelter homes, bolster first response systems and create social safety packages for women as a step towards rehabilitation post pandemic.

Vishakha Wadhwani is a Research Associate at LEAD. Her past engagements have been in the thematic areas of MSME & Entrepreneurship and current are in gender based violence. Her main research interests are in applied microeconomics at the intersection of Gender, Economics and Public Policy. She holds a Masters degree in International and Development Economics from the Australian National University.

Jagannath R is a Senior Research Associate at LEAD and manages the gender-based Violence portfolio. His main research interests are Time Use, Gender and GBV. Jagan holds a MPP degree  from the National Law School of India University, Bangalore and a Bachelor’s degree in Economics from Loyola College, Chennai.