Posted by keerthana.ramaswamy@ifmr.ac.in on January 6, 2020 | Featured | No Comments

This project captures important policy-relevant information such as the penetration of financial services and the salient models of microfinance in various states, districts, and areas of the country.

Background
The Map of Microfinance Distribution in India 2010, developed by the Centre for Micro Finance at IFMR Research, is an attempt to aggregate information related to the spread of financial services for the poor in India. The project captures important policy-relevant information such as penetration of financial services and the salient models of microfinance in various states, districts, and areas of the country and displays these statistics in a visually appealing way. The map also identifies regions that are untouched and underserved by financial services providers. With this information, practitioners, policymakers and researchers can better understand the geographic distribution of financial services and make more informed decisions regarding the expansion, replication and evolution of financial services. The map will also help in exploring microfinance penetration across various demographic and socio-economic strata. View the interactive map here.
Approach
A cross-sectional study was conducted and the data to be included in the Map was collected from a variety of sources. Primary data was gathered using a questionnaire that was designed to collect information regarding the operations of MFIs in India. Various MFIs participated. Between 2007 and 2009 similar data were collected and consolidated from various secondary sources. State-level data, which constituted of information regarding savings-linked and credit-linked Self-Help Groups (SHGs), was collected from publicly available sources published by the Micro-Credit Innovation Department of NABARD in the years 2008-2010. This data was used to illustrate growth in microfinance penetration among various groups during the 4 years. Additionally, selected demographic and socio-economic data of all the states, union territories and districts of India were gathered from various secondary sources, to enrich penetration.

This visual representation can assist policymakers and practitioners to gain a lucid understanding of the role played by microfinance in the country thus guiding them in making informed decisions about its expansion and addressing concerns of the under-served areas. 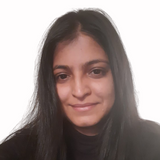