Landscaping the Sexual and Reproductive Rights of Adolescents 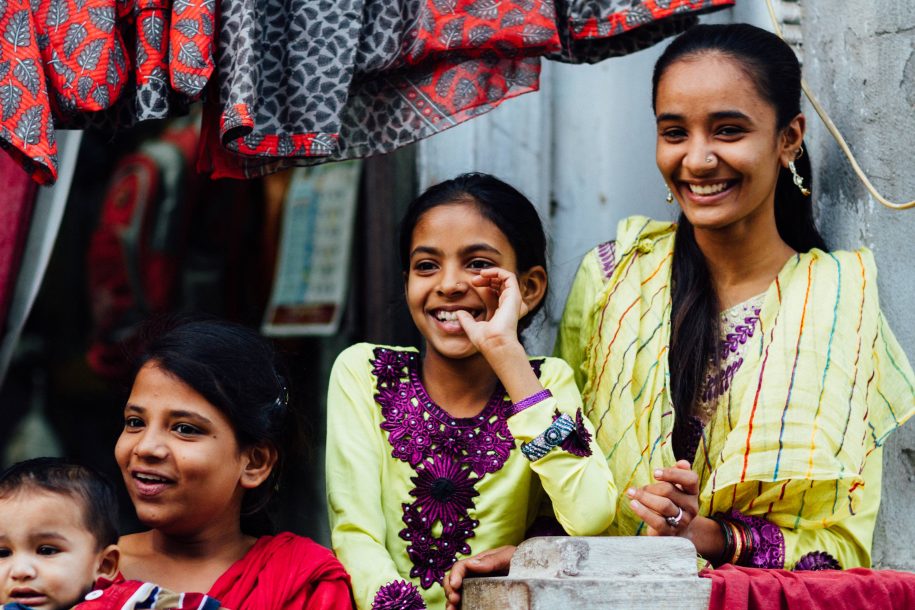 Posted by keerthana.ramaswamy@ifmr.ac.in on November 9, 2021 | Featured | No Comments

Seeta* is a teenager in rural Uttar Pradesh. Harassment by boys from the village had become an ordinary spectacle that relentlessly continued every day as she traced her steps to school. Despite her fears, a wary Seeta chose to not confide in her parents because she was afraid of being accused of promiscuous behaviour. Her dreams of completing college and securing a decent job also hung in the anvil. Seeta’s hopes were dashed when her parents eventually found out about the happenings and took her out of school. Elders at home and neighbours advised them to get her married because “misfortunes await a girl idle at home”. Seeta was quietly married off by the age of 16 and, and became a mother of two by 19. Unprepared for the sudden responsibilities foisted on her, Seeta feels cheated of an independent life and autonomy over her choices.

Seeta’s story, unfortunately, does not stand out as an exception. It reiterates the need for extending strong community platforms for sexual and reproductive health rights will enable adolescent girls to craft their pathways towards wellness and bolster the combined possibilities of realising their aspirations and dreams. This blog provides a background on the current state of sexual reproductive health (SRH) programming in India and offers a glimpse into the research landscape in this area.

Adolescence: A Critical Stage for Development

Adolescence is a period in which children reorient themselves as individuals with rights with unique sexual and reproductive health (SRH) needs. This stage is a crucial point for all SRH interventions and has been proven the most efficacious to make sustainable behavioural changes. Adolescents are a critical segment for India because they make up the largest chunk of the population and are the demographic dividend to economic development. It is estimated that one in six girls marry in their teens (an estimate by UNICEF says that nearly 16 per cent of adolescent girls aged 15-19 are currently married), putting them at an increased risk of unintended deliveries, pregnancy complications, systemic infections, and gender-based violence within homes.

Incidences of adolescents engaging in unsafe and non-consensual sexual relationships are on the rise, sexually active teenagers driven by lack of SRHR education are jeopardizing their education and employment opportunities. A rights-based approach to sexual and reproductive health will ensure long-term health outcomes, organise social support and shape an affirming environment for young women to navigate violence on an everyday basis. Another critical aspect of adolescent interventions is building healthy, trusting, communicative relationships for all including non-binary and gender-expansive folks. The need to implement gender sensitisation and communication based on preferences has been proven through many interventions in this area.

Empowering adolescent girls is central to achieving these health and rights goals. However, it is also important that efforts leverage the support of important stakeholders in the community such as parents, peer educators, front line workers and friends to create an enabling environment that enables fulfilment of sexual and reproductive life in a safe, aware and consensual manner.

Sexual and reproductive health rights have found a place in the policy domain in India after a long evolution. Initially, programmes for reproductive health were “fragmented, inconsistent, and mostly vertical” (Paul et al.), focusing on delivering “family planning” in the world’s first national family planning programme. The age of marriage was also raised as a legal measure to complement population control efforts.  During the emergency, the programme was renamed “Family Welfare Programme” in an attempt to popularise, post which it transitioned into a more definitive safe motherhood and child health initiative in the 1990s.

The reproductive and child health approach evolved with an objective to reduce maternal mortality and provide family planning services along with the prevention and management of sexual and reproductive ailments.  After the formation of the National Health Mission, the programmatic goal expanded to include the achievement of health and wellbeing, with multiple efforts on adolescent reproductive health. Yet most of the efforts remain limited to achieving a safe pregnancy and limiting mortality. There is a need to move towards bold and innovative rights-based approaches where the sexual reproductive health needs, as well as related issues of agency and autonomy, of not only women but people of all genders and across age groups and reproductive stages, are prioritised.

What is the body of evidence that has been generated from these efforts in adolescent reproductive health in the Indian context? What are the intervention gaps in meaningfully engaging with adolescent girls and young women?  What are the efforts to engage the parents and other community members in this effort?

There is a vast body of literature on menstrual hygiene, with the majority of these studies being cross-sectional and clinical. Comprising mostly of Knowledge, Attitudes and Practices (KAP) studies, these efforts attempt to describe the level of knowledge on hygiene and sanitary practices, attitudes towards the use of products and methods of planning, and the prevalence of healthy behaviours. Within the sexual and reproductive health rights domain, the studies were diverse. A majority of the studies were of the KAP type, while others covered a wide range of topics, such as sexual violence, abortion, and premarital sex.  Interesting findings that emerged from the literature review on menstrual hygiene are:

In the context of sexual and reproductive health (SRH), a few highlights include:

Substantive gaps in the research in the Indian context of reaching out to adolescents were identified and explored. One was that the majority of these efforts focused only on adolescents and much of the information was on menstrual hygiene. To fully appreciate the lived experience of sexual and reproductive rights, relational and power dynamics of the family and relevant community stakeholders such as teachers and nonprofits who have been building innovations and scalable models in line with government efforts need to be acknowledged. However, there are critical barriers in parent-child communication about SRH in India because many parents feel uncomfortable or shy about discussing SRH issues with their children.

The Kissa Kahani intervention was designed by the University of Chicago to address the ecology of factors influencing young people’s reproductive health and wellbeing. It is an immersive theory-based, multimedia and storytelling intervention designed to promote reproductive health and family planning and emphasize the value of education and financial autonomy for girls in India. The intervention is being piloted in a community setting in Uttar Pradesh with LEAD at Krea University as the evaluation partner. Once gaps are identified, the next steps will include primary research that will establish potential actions on how best to engage parents in SRH education and accompanying items within the context.

*The story is based on a combination of real-life narratives, drawing on our fieldwork.

Diya Ahuja is a second-year undergraduate student at the School of Interwoven Arts and Sciences, Krea University. She is pursuing environmental studies and social studies and her research interests centre around the same.

Twinkle Juneja is a Research Associate in the Institutions vertical at LEAD. She is engaged in a project that explores aspects of sexual harassment, menstruation, and family planning among adolescents and seeks to evaluate the impact of the intervention module which provides information about the same topics.

Sapna Nair is a Research Fellow at LEAD where she anchors multiple projects on public health policies, strategy and interventions. She has a decade worth of experience as a public health specialist and researcher focusing on health systems research, from developing research methodologies, policy strategy, policy uptake and evaluation.