Is the Food Security Bill the Answer to India’s Hunger and Malnutrition Problems? 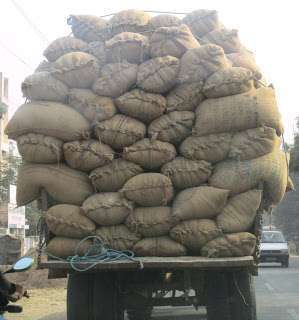 Posted by admin on July 1, 2013 | Featured | No Comments
The much delayed food security bill has recently been kindled by the media as the parliament considers holding a special session to pass the bill. Introduced in December 2011 in the Lok Sabha, the bill was tabled earlier this year, struggling in the country’s political deadlock. The bill has been acclaimed for its widespread goals of providing grains to about two-thirds of the population (50% urban and 75% rural) at extremely low costs. Critiques argue the bill is a Congress party ploy prior to the 2014 elections, is estimated to cost 1.3 trillion rupees (nearly $20 billion) every year, and will further increase the government’s fiscal deficit.

But the real question remains, will the bill reach the populations it aims to provide for?

Malnutrition in India, especially among children, is alarming, with Global Study reporting 42% children underweight and 58% stunted by two years of age. With a specific gender dimension, over 50% of women and 87% of pregnant women are reported anemic. Contrary to the low ‘land to population’ ratio, for years now, India has been surpassing record harvests and producing more food than it needs. According to the State Food Secretaries, as of April 2013, food grain productions reached a high of 255.4 million tons (MMT) for the past year.
The success of food production coupled with the gaping hunger and malnutrition problems highlight the gaps in policy in addressing this issue.
Storage Facilities 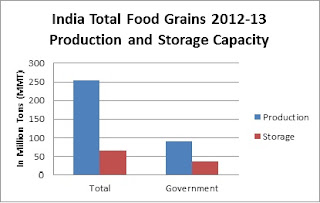 Production data is from State Food Secretaries;
Storage data is from Credit Analysis & Research Ltd (CARE Ratings)
*Government ‘production’ refers to amount procured by the government from total production
Every year, large quantities of grain produced simply rot and go to waste. Reports indicate that 20 to 40 percent of produce spoils before the reaching the consumers. Infrastructure shortcomings including storage and transportation linkages, especially to more remote parts, highlighting the inefficiencies in the supply chain, and resulting in avoidable spoilage. According to Credit Analysis & Research Ltd (CARE Ratings), India has a total of 91 MMT of storage space, with state agencies such as the Food Corporation of India (FCI), Central Warehousing Corporation (CWC) and State Warehousing Corporation (SWC) owning 41% of that capacity. The remaining is owned by the private sector, cooperative societies, and farmers, which the government has rented in the past. According to the State Food Secretaries, the government has procured 64.2 million tons (MMT) of food grain by late March 2013, an all-time high, and almost double the government’s current storage capacity; And it plans to procure more.
According to an interview with Mr. Kolli Rao, Chief Risk Officer with the government’s Agriculture Insurance Company of India (AIC), “The current storage facilities are out-dated and not easily accessible by small and marginalized farmers.” The lack of post-harvest infrastructure in terms of storage and transport facilities causes such ample production to be a challenge rather than a reason for cheer. Even if the bill is passed, the issues concerning storage are not addressed.
Distribution Channels

According to press statements by the Food Minister, K.V. Thomas, the bill would allow large quantities of wheat, rice and coarse grains such as millet to be distributed from the overflowing storage sites. However, the methods for such distribution have not been addressed. The scheme highlighted in the bill is proposed to be implemented through the Public Distribution System (PDS), a system which has been severely criticized for its 51% leakages and is riddled with corruption. Shop-owners steal or over-charge, the beneficiaries receive poor quality food grains, and the system is heavily burdened with red tape. Critics argue extending the PDS to monitor this mega food program would provide another avenue for leakages.

An alternative to food subsidies includes a system of direct cash transfers (DCT), which has been successfully experimented in other countries, such as Brazil and Mexico to resolve welfare issues. As the amount is directly transferred to the individual’s account, it greatly reduces most of the problems highlighted regarding the PDS scheme above. Additionally, it will provide incentive for market players to move towards improving the infrastructure investments to reduce wastage. The Indian government is contemplating modelling this scheme and implementing it by identifying individuals through the new Aadhaar card biometrics movement. With financial inclusion through commercial banks only available in 36,000 of the country’s 600,000 villages, DCT would also be made possible through mobile banking facilities.
Aware of the current political dynamics, the above proposal would seem complicated and a distant reality for India. Nevertheless, mobile technology can still be used, and has been proven to improve the leakages in the PDS scheme in Chhattisgarh, the state with the lowest HDI (human development index) value in India. In Chhattisgarh, the PDS ration shops transferred management from private deals to community-based organizations
and when the stock arrives, the customers entitled receive a cell phone message alert. A randomized study conducted by the National University of Singapore stated that such reforms allowed for 98% of the entitled population to receive the allocated grains.
Impact to farmers
Furthermore, often neglected in the debate regarding the bill, such large food subsidies will distort the market price of the products to an artificially lower rate. Thus, farmers who are not able to sell to the government-assured program will suffer if they take the product to the open markets. 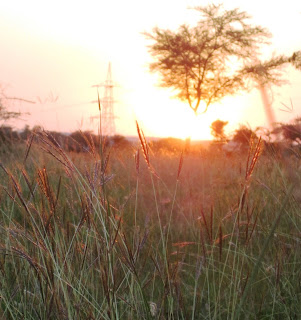 Photo 2: Fields near Satara, MH
Overall, the Food Security Bill seems difficult to implement and to provide to the populations it aims to serve. Areas of focus for policy makers include improving the current grain storage facilities, either through an expansion of government ownership or through private investments. Further, distribution mechanisms, with specific areas of improvements for the PDS system, or through a gradual shift to DCTs must be debated and decided. Finally, understanding the economics behind the distortion of the grains markets with a mega food subsidy, the impact to farmers who cannot sell to the government must be addressed. For a country that needs to feed 1.2 billion people, real food security will only be possible after the highlighted areas have been successfully acknowledged.