Has Demonetisation Fostered a ‘Shift to Digital’ for the Banked Poor 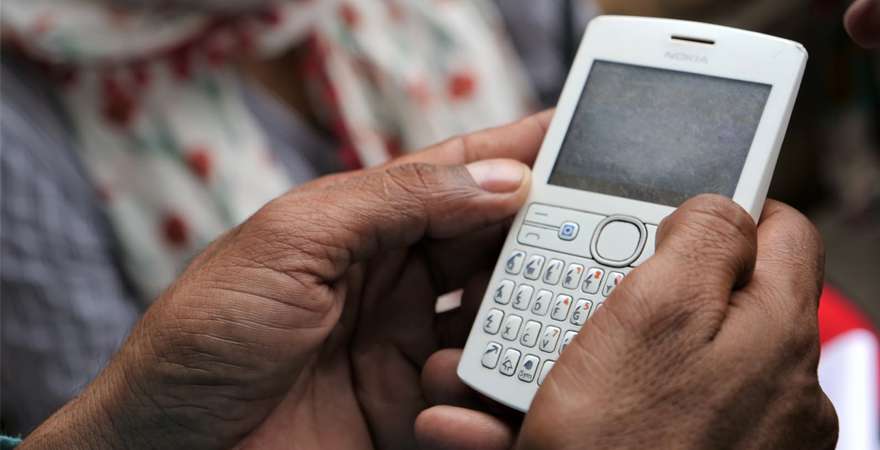 Two years ago, the government of India made a significant move by withdrawing from circulation India’s most frequently used bank notes. The ultimate aim of this move was to create a corruption-free and cashless society. Early evidence indicates that digital payments skyrocketed after the Rs. 500 (about $8) and Rs. 1,000 ($16) notes were withdrawn from the economy (incidentally, these notes represented 86 percent of the value of currency in circulation at that point). Before demonetisation (between April and October 2016), the volume of retail electronic payments was growing at an average rate of 37 percent per month. When demonetisation took effect in November, that figure increased substantially to almost 70 percent and reached 123 percent in December. This led to the impression that digital payments were on the rise and that most people –  even fruit and vegetable vendors operating out of carts, were accepting digital payments. However, a lingering question was the outcome of re-introducing cash into the economy once more. Would this growth in digital transactions be sustained?  Would people stick to digital payments, or would they revert to cash? In order to answer these questions, IFMR LEAD embarked upon the activity of finding evidence for such causation. At the outset, it was found that there is minimal evidence, per se, of poor households with bank accounts going digital. In fact, a large proportion of poor households surveyed between the months of April 2017 and February 2018 did not have the technical capacity to engage in digital transactions, even if they had the willingness to learn about it. Most of these households obtain benefits from government schemes/programmes as cash, deposited directly into their bank accounts.
To understand demonetisation’s longer-term impact, IFMR LEAD surveyed 800 poor households in rural areas in Maharashtra, Meghalaya, Tamil Nadu, and Uttar Pradesh. The surveys were conducted in April 2017, September 2017 and February 2018. The households surveyed had annual incomes of Rs. 52,500 ($750) to Rs. 157,500 ($2,250), and each household had a bank account at the time of demonetisation, making it was possible for them to transact digitally. Here’s what the surveys revealed.

Minimal uptake of digital transactions among the banked poor
Demonetisation did not push poor households with bank accounts to use digital payments more frequently. Across all four regions, the percentage of respondents who reported using debit cards rose from 14.5 percent before demonetisation to 21 percent in September 2017, before settling back down to 14.5 percent in February 2018. Mobile wallet users reported using their wallets twice a month on average before demonetisation. This number rose to three times a month in September 2017 and was back down to twice a month by February 2018. These findings are in line with research from Intermedia showing that demonetisation has not affected cashless payments.

The banked poor don’t know how to transact digitally, but some are eager to learn
64 percent of the banked poor reported not knowing how to perform digital transactions. This appears to be the main reason they have not adopted digital payments in greater numbers. They also perceived cashless transactions to be difficult, ranking them 4.2 on a scale of 1 to 5, with 5 being the most difficult. Despite the perceived difficulties, 46 percent of poor customers said they wanted to learn how to make a digital payment.

Negligible changes in savings behaviour
Poor households reported no change in formal or informal savings. About 75 percent reported that they didn’t save because they lacked surplus income. This is, however, inconsistent with reports that nationwide deposits in Pradhan Mantri Jan Dhan Yojana (PMJDY) accounts surged from $9.7 billion at the time of the baseline survey to $11.1 billion at the end of the study. This discrepancy could be attributed to the small sample size of the survey administered.

Even after receiving government benefits digitally, recipients prefer to transact in cash
Close to 100 percent of the banked poor, except for those in Meghalaya, were receiving government benefits digitally before demonetization. While this is a testament to the government’s commitment to digitizing benefit transfers, these transfers did not translate into the broader adoption of digital payments, because such recipients of government funds subsequently cashed their benefits.

Meghalaya emerges as an interesting region for digital financial services
Of the states included in this study, a significant portion of the residents of Meghalaya remain unbanked according to the latest CRISIL Inclusix report. Meghalaya respondents cited distance from the bank (63 percent) and their need for in-person assistance (56 percent) as reasons for not saving at a bank. They also reported the lowest trust in cash (compared to other states) after demonetisation. The lack of last-mile bank infrastructure, combined with low trust in cash presents an opportunity to move people to digital transactions. Almost 90 percent of respondents from the state (compared to about 33 percent for the other states) expressed their willingness to learn how to make digital payments.

Key Takeaways
The 2017 Global Findex shows that while India has made considerable strides in financial inclusion, with account ownership rising from 53 percent in 2014 to 80 percent in 2017, account usage has remained relatively low. Intermedia’s Financial Inclusion Insights Wave 5 report shows an increase in the portion of active basic and advanced users who are below the poverty line from 20 percent in 2014 to 32 percent in 2017.  This is most likely the result of the increasing proportion of poor households receiving digitized government benefits and subsequently cashing them out. The observations from this study are in line with these findings: poor people with bank accounts used their accounts for little else, other than receiving government benefit payments and converting them into cash.

Poor households conduct almost all their daily transactions in cash, and demonetisation could bring about little behavioural change in this respect. The lack of a compulsion to use digital transactions beyond government transfers, low awareness of how to transact digitally, and poor last-mile infrastructure to support digital financial services appear to be key reasons why people are not going digital in greater numbers. However, a large and growing proportion of the poor are receiving government payments directly into their bank accounts. This translates into a number of potential opportunities to experiment with improving poor people’s user experience and encouraging their use of formal financial services in India, to ensure equitable financial inclusion of members from all strata in the society.
More details of the study, and a detailed project report can be found here.