Going to the Roots – Budget 2013’s Focus on Agriculture 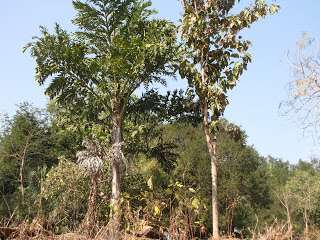 Posted by admin on March 7, 2013 | Featured | No Comments
While going through the recent Budget 2013 session described vividly across various media sections, it would be safe in saying that it has not raised any major controversy or questions to some extent, though experts are still going through the same and are giving out their expert opinion on the same. I am writing this post to highlight what are the facets of this Budget with respect to agriculture. 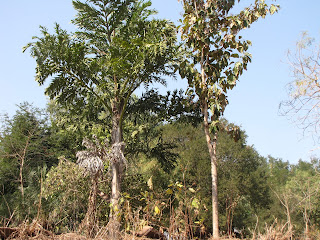 Image Courtesy: Deepti Kc, Location: Chattisgarh
Like most countries in the developing world, experts and economists may be of the opinion of that an economy must transition from being an agriculture driven one to that of a manufacturing driven one. I believe India is a far way from saying that we have reached such a stage. We still have to pay undivided attention to the sector as 580 million Indians still depend on agriculture. Some of the key points of the recent Budget with respect to agriculture are as follows:-
It sure does look positive from the offset and very optimistic. States like Assam, Bihar, Chattisgarh and West  Bengal have increased their contribution to rice production. The recent article on how a Bihar farmer produced a yield of 22.4 tonnes of rice from a hectare has caught global attention for sure. However, there are still claims on whether its veracity holds true or not. I have posted two links about this story below: does make interesting reading. One could be pessimistic looking at the Government’s track record with respect to implementing such grand schemes. However, I wish for the sake of the Indian farmers, that these prgrammes actually deliver what they have set to deliver. Their well-being is important and we must look at the same with utmost importance.
Source and External Links: Economic Times , FirstPost , Bihar farmer feat , Critics of the Bihar feat