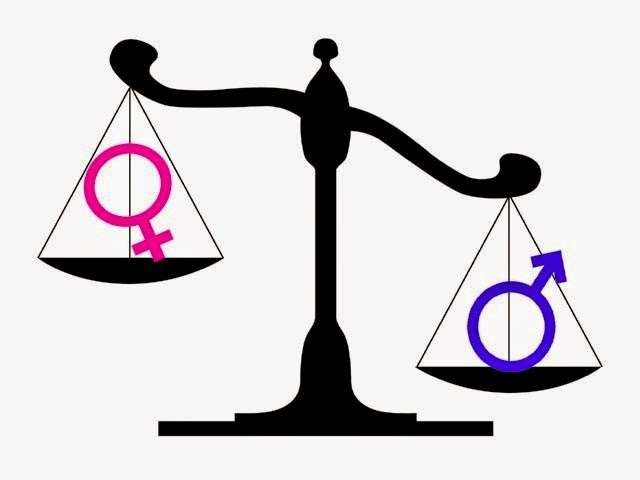 Posted by admin on May 15, 2014 | Featured | No Comments
According to the World Health Organization, the distinct roles and responsibilities of men and women in a given society, dictated by culture’s gender norms and values, give rise to gender differences and inequality- that is, differences between men and women which systematically empower one group to the detriment of the other[1].
While there are many channels[2] that foster gender differentials, inequalities between men and women in health status and access to health care is one of the most significant pathways that have a detrimental effect on the health outcomes of women. The most striking example would be the excess female mortality in countries like India and China. As per Census 2011 figures, the total female sex ratio in India is 940 per 1000 males and the female child sex ratio is 944 per 1000 boy children[3]. This implies that the excess female mortality is not just confined to newborns and infants but is also prevalent at older ages. There are numerous pathways through which these gender differentials could come about.
For example, a woman might not be able to receive required health care because norms in her community prevent her from travelling alone to a clinic; or a married woman might contract HIV because societal standards allow her husband’s promiscuity while simultaneously preventing her from insisting on condom use; or a woman might not be able to get timely treatment for a fever or common cold if the household doesn’t consider it important enough to treat the female member of the family. In each of these cases gender norms and values, and resulting behavior negatively affect health. In fact, these gender differences are sometimes the single most important obstacle standing between the long-term goal of well-being of men and women.

Introduction to the Study

This column is based on the study titled ‘Gender Differentials in Eye Care: Access and Treatment’ (Jayaraman, Ray & Wang, 2013)[4] that attempts to examine whether there exist gender differentials in the seeking and treatment of eye care. While there could be numerous pathways for discrepancies in health outcomes, a fundamental one is the possibility that females seek treatment at a later stage, reflecting the social norms and attitudes towards women’s health, or the economic value of women’s health. The study hypothesizes that females seek treatment later than males. This is contrasted by the hypothesis that females receive differential care at the medical facility. The primary rationale for testing this hypothesis is the fact that gender-based health inequalities can be resolved only by knowing whether and where any such inequality exists. This is studied by observing diagnostic and surgical outcomes using a unique dataset comprising a sample of 60,000 patients who sought treatment over a three month period in 2012 at the Aravind Eye Hospital in India[5].
The authors suggest three main factors to choose ‘eye care’ for their study. The first factor is the intrinsic importance of vision since it directly affects productivity and well-being. Secondly, different aspects of the eye such as visual acuity, myopia, cataract and glaucoma are measurable with relatively high precision. This makes it possible to evaluate the extent to which eye health has deteriorated at the time of seeking care. Thirdly, some eye diseases are perceived as they evolve while others are not, which allows to test the gender-based neglect in seeking of care across these two categories of eye disease – symptomatic and asymptomatic[6].

Key findings from the Study

Possible Implications of the Study

“Gender norms and values can often lead to negative externalities on health outcomes. The good news is that gender norms and values are not fixed. They evolve over time, vary substantially from place to place, and are subject to change. Thus the poor health consequences resulting from gender differences and gender inequalities are not static either. They can be changed.”- WHO
[1] http://www.who.int/gender/genderandhealth/en/
[2] Gender inequalities can also persist through other channels like education, employment, etc.
[3] http://www.mapsofindia.com/census2011/female-sex-ratio.html
Child sex ratio is defined as the number of females per thousand males in the age group 0-6 years in human population.
[4] http://www.econ.nyu.edu/user/debraj/Papers/JayaramanRayWang.pdf
[5] http://www.aravind.org/
[6] Symptomatic eye diseases are perceived as they evolve. Example-Deterioration of vision is linked to the perception of that deterioration. Asymptomatic eye diseases are those that show no symptoms till the disease reaches an advanced stage such as glaucoma.
[7] http://www.unicef.org/india/education_1551.htm
http://ssa.nic.in/