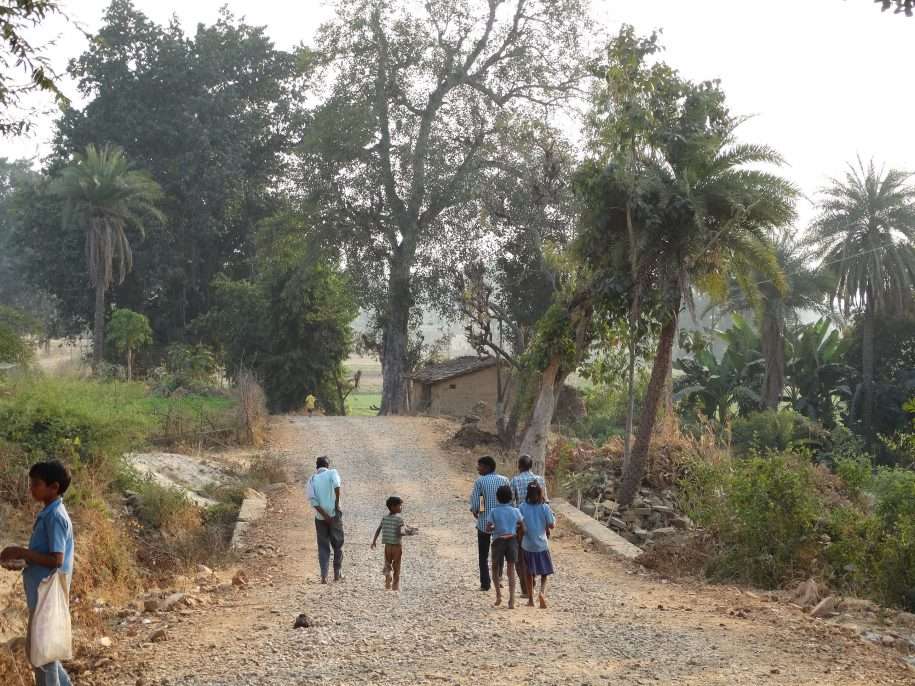 Education loans are provided by both public and private banks under the following structure:

This makes education loans accessible to a significant group of people, if not all. However, the market for education loan is inherently imperfect as it suffers from information asymmetry and adverse selection. This leads to various problems such as high interest rates, low repayment rates, lack of quality service provided by public and private banks, discrimination based on their financial background while shortlisting loan applicants, no priority given to student’s merit (education profile), among many others.

Financial institutions like banks often face the problem of information asymmetry while lending to its clients. This problem arises due to the fact that one party has more or better information than the other. However, this problem gets worse in the case of education loans, since it is difficult to track students who acquire loans, especially if the student is pursuing his/her education abroad (Chattopadhyay, 2007). According to the 2011 report of State Level Banker’s Committee, the repayment rates on education loans have been dwindling over the last few years.  Non- Performing Assets have also been on the rise in education loan portfolio, increasing to 5.5% last year, according to the Chief Executive of Indian Bank Association.
Chart 1 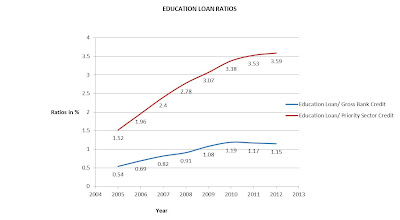 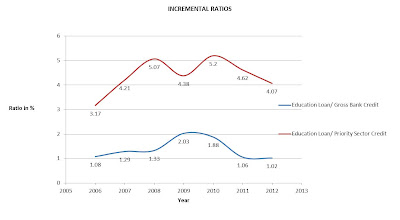 Source: Business Line, 14thOct 2012
Chart 2 presents the incremental ratios. There is a huge difference between the two ratios (education loan to gross bank credit and education loan to priority sector credit). However, the figures indicate a decrease in these ratios over the last few years.
These figures tell the story that the amount of education loans being disbursed has decreased and there are several contributing factors for this, the primary one being the high default rate on these loans. This induces the banks to act cautious while screening the applications and reduces the number of loans it issues to the applicants.
Banks are also crippled with administrative inefficiencies which make it almost impossible for the students to acquire loans. This is true mostly of the public banks, where unprofessionalism and bureaucratic delays are the order of the day. While on one hand public banks are not the best of service providers, the profit maximization motive of private banks make approaching them a very costly endeavour, given the fact that private banks provide education loans mostly only upon collateral and at even higher interest rates.
One of the main drawbacks of education loan is the nature of these loans. Banks always tend to give loans to only those clients who either provide collateral or who belong to a financially stable family, thereby making education loans inaccessible to low income households. There are no standard requirements set in place which prefer student who have secured a higher marks in their previous degree, or who belong to a low income household. However, on a positive note, some banks feel that repayment rates on education loans are generally not a matter of concern, given the fact that students always want to maintain a good credit profile. To avoid low repayment rates, banks also tie up with reputed institutions and provide loans to students from those institutes.
Government has more often than not, failed to bring revolutionary reforms in the field of education sector. In the 2012 Budget, The Finance Ministry announced a Credit Guarantee Fund through which Central Government increased its share of loans in total credit portfolio. This is a good initiative by the Government as it shares the risk of banks along with inducing the banks to reduce its interest rates. However delay in implementing various Government policies and schemes has been a constant source of worry. The Indian Bank Association (IBA) has often proposed innovative and helpful schemes in the past towards education loans. For example: The IBA has considered extending the loan tenure from 5 to 7 years to 10 to 15 years, but these proposals have hardly turned into reality.
Considering the above factors, it would not be wrong to say that education loan is not the most reliable option for financing higher education. Government must not heavily entirely rely on banks, as in the end they, operate on ‘for-profit model’. To conclude, we have discussed different aspects of financing higher education in India. In my first blog, I wrote about how higher education is financed in India and the alarming decline in the share of public sector spending in higher education. We then moved on to discussing the implications of lack of public expenditure in the education sector and why a public-private partnership is the need of the hour in higher education sector. Finally, I have laid down the limitations of education loan as a source of finance for higher education and the argument behind why Government must not heavily rely on public or private financial institutions.