Financial Inclusion – The Challenges of Implementation 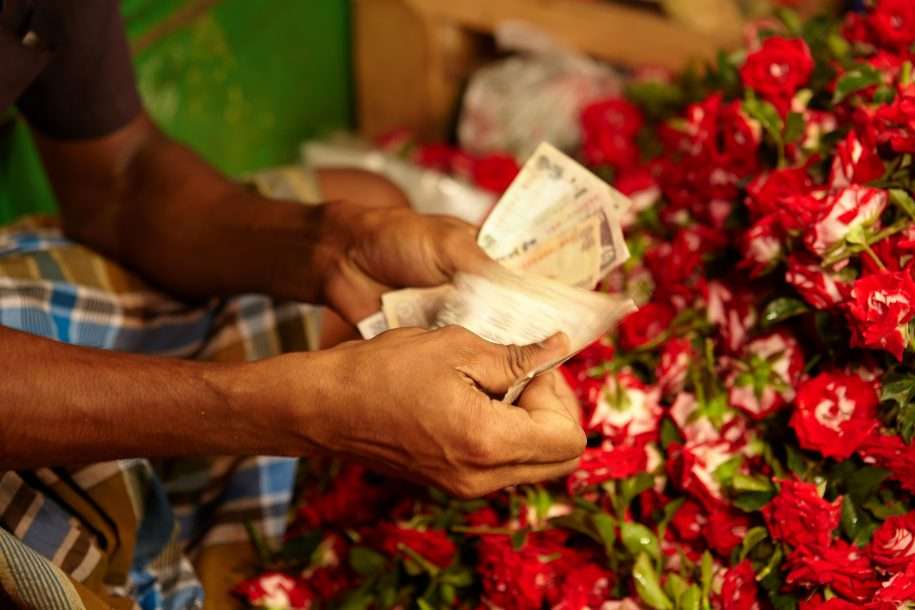 Posted by admin on June 26, 2013 | Featured | No Comments
CMF’s Savings Monitors Study provided me an opportunity to get a first hand feel of some of the challenges faced in implementing financial inclusion among the poorer, rural community.
Recent research has shown that individuals across the world have trouble meeting their savings goals. In developed settings, technologies such as savings reminders and automatic retirement savings enrollments help individuals overcome these difficulties. Such technological solutions are far harder to implement for rural clients in developing countries, however. In our study we explore how existing peer networks might help individuals in these settings to mitigate psychological barriers (such as time inconsistency) and better mobilize savings.

The Study is operational across sixty villages in five districts. A key aspect of the project is to open no frill bank accounts (renamed by RBI to Basic Savings Bank Deposit Accounts in August 2012) or post office accounts (depending on the choice of the respondent) for the saver sample that don’t already have these accounts. Since there is no single partner organisation for the study, all the Banks and Post Offices needed to be contacted prior to when we wanted to open these accounts.

From our experience, opening of the Post Office Accounts was much easier. It was the opening of Bank Accounts which posed the real challenge. We wanted the Bank Managers’ support  in opening these accounts and requested them to give us the account opening forms in advance so that we could fill in these forms in the village (to save time) and then bring the respondents to the bank for the final signature. We wanted the Bank Managers’ co-operation in assisting us to quickly open these accounts and issue passbooks. As part of the participation fee, an initial deposit of Rs 50 would be put into the no frill account and also other expenses associated with opening the account would be borne by the project. Given below are some of the key findings pertaining to opening Bank Accounts.
(i) Mixed response from Bank Managers
While some of the Bank Managers were co-operative & supportive, a lot of the others were not very accommodative and were hesitant initially to offer their support & co-operation.
On one of the very first visits to a Bank in Kolar, the Bank Manager agreed to co-operate with us almost immediately and told us he would give us the bank forms in advance. He mentioned that it would take around 5 days to open the accounts. The passbooks also would, in most cases be given on the same day as the account was opened. On mentioning to the Branch Manager, the other villages close by in which we would have to open these accounts as well, he mentioned that the concept of “service area” was very important and all the banks followed it very carefully. They would open no frill accounts only if the village came under their service area.
Quite a few of the other Bank Managers asked a lot of repeated questions about our organisation inspite of giving them a good introduction of what it is our organisation does and what our project was about. The first question by many was “Is this an MFI?” inspite of making it clear to them that we are strictly not one. After going through things again they would ask “But why a no frill account Madam? Why Not a Normal Savings Bank Account?” After telling them again that, we can open only no frill accounts and not a regular savings account with an initial deposit of Rs 500, many would say “But Rs 50 is too less to put as an initial deposit, why can’t you put Rs 100 or Rs 200? As part of the Central Bank’s Policy we have already opened no frill accounts for all people in villages who come under our service area, I’m sure you won’t find anyone Madam”. I would then tell them that we have Bank Account Information from a previously done survey and there are several people in our sample who don’t have one and want one.  After reassuring them then they would say “Ok then, we will give the account opening forms to your surveyors in advance Madam. But please bring the people in groups of 5 across 3-4 days. As you can see we are short on staff here and we have a lot of customers. Yes, and regarding passbooks which you mentioned that might take some time, because it has to come from our head office and we are usually short on them”.
(ii) Characteristics of the existing process
Concept of the Lead Bank strongly felt in some distri
cts while not so much in the others. In some districts, Banks were not willing to open no frill accounts for villages even if they were very close to the Bank just because it didn’t come under their service area.
On meeting a Branch Manager in Kolar and requesting his support in opening the accounts, he mentioned, “Yes, this village does come under our service area but I can’t do anything until I get the Lead Bank’s permission. The Lead Bank supervises all the activities of the Bank in this district and I wouldn’t want to do anything without the Lead Bank Manager’s permission.” On meeting the Lead Bank Manager he clearly mentioned he was not willing to give us any approval or sanction. After a lot of back and forth the Bank Manager at the local bank agreed and we got the Bank Accounts opened. It was very evident that in Kolar the concept of “service area” was very strong.  Even if a village is very close to the Bank and the respondents want to go there, the banks are not willing to open these accounts (particularly no frill accounts). In Tumkur however things seemed more flexible.  The Branch Managers were not strictly bound by the concept of “service area” and were more accommodative to open these no frill accounts for villages that were close to the Bank even if it did not come under their service area.
(iii) Documentation and Logistics Challenges faced by respondents
While getting the Banks to agree and co-operate, was one part of the issue, actually getting these accounts opened and organising the logistics was another equally important aspect. Some of the respondents did not have even the basic ID Proofs that were required and hence dropped out from the experiment. Some of them didn’t have a proper residential proof for which we had to get the Village Headman to issue a letter which would sometimes take longer than expected. Organising a village photographer to take the pictures, filling up the forms, photocopying the documents, getting the witness signatures and taking the respondents to the bank when sometimes there was not good transport facility involved a lot of co-ordination and planning.