Experimenting with Piggy Banks for Livelihoods 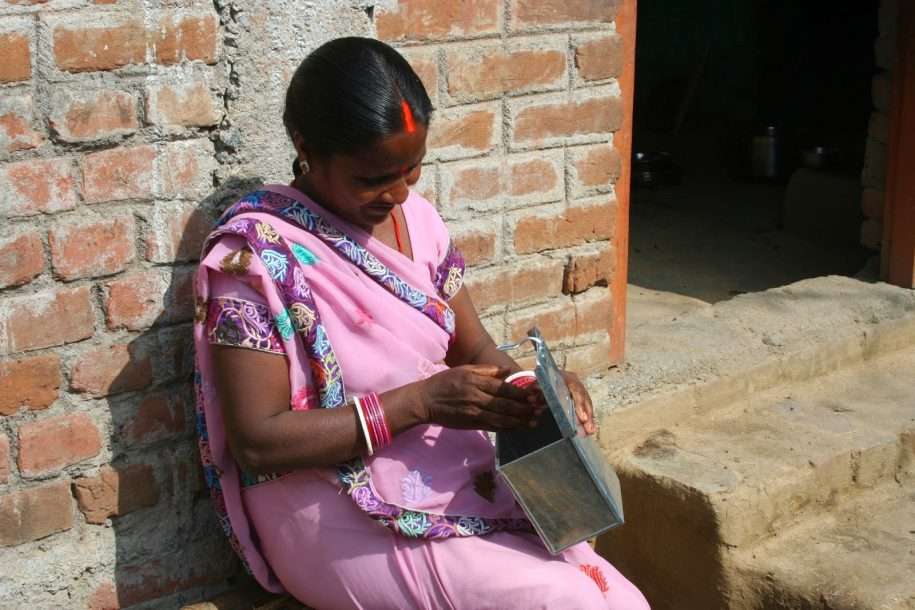 Posted by admin on April 22, 2015 | Featured | No Comments
Picture yourself as a working-woman in rural Bihar. Lucky for you, at this time, it’s the three to four months in which you get a daily wage: harvesting season. Unlucky for you, as a Paswan, or Mahadalit, you got the short end of the bargain in land redistribution. Thus, work for you at this time means caring for someone else’s land, for a daily wage of 200 rupees. Your day starts at 5 a.m. with household chores: cooking, cleaning, and feeding the one or two livestock you own. Then you travel a short distance over to the 4-5 acre plot of land owned by one of the landowning families in your village. 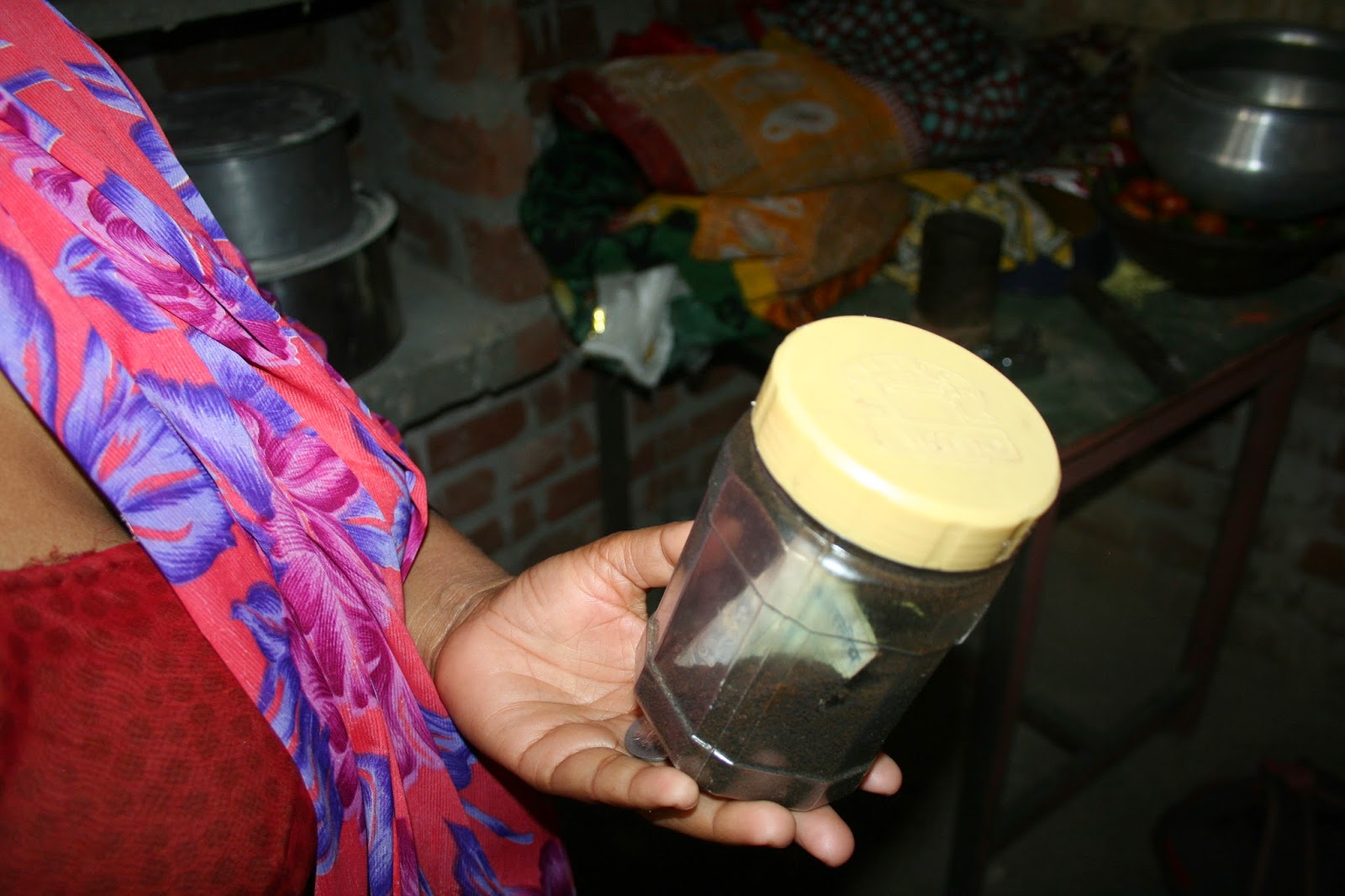 According to our study’s ongoing results, in Bihar, 100 to 150 days of work is the most you’ll get as a female agriculture laborer throughout the year. If the family owns their own land, then the working woman acts as a kind of manager to the affairs of the land and the house. All women spend their days collecting cow dung and drying it in patties. When the money you are receiving is irregular, and most of your tasks are not income generating, what are the savings you have left by the end of the year?

“Nothing!” one respondent said to me in a village, when I asked. “We spend it all.”

This answer, development economists are finding, is not one to be taken at face value. Of late, economists and researchers are finding that the poor can keep track of their daily expenditure and save even minimal amounts. These savings, researchers find, can be extremely crucial for long-term spending on health and education, if encouraged and kept regularly. Our team at IFMR LEAD is doing exactly that: testing tools for saving on the low-income earners in rural Bihar and urban Lucknow.

In our intervention in Bihar, we are introducing three instruments to respondents: a key and lock box, a financial diary, and a comic book. Each tool has a unique rationale.

The methodology is as such: all 210 randomly assigned female respondents from each household over seven different villages receive a different treatment. There is a control group, which receives no treatment or intervention. The remaining are divided into four treatment groups: one receiving a lock box, one group which hears the comic book story, one group which receives a financial diary, and a last group that gets all three: lock box, financial diary, and story telling.

An apple a day keeps the doctor away

In many places it’s called a piggy bank—mostly associated with frivolous purchases (this is for my future Playstation!). But the piggy bank goes back almost 600 years. Whether rich or poor, anyone who uses cash on a regular basis is left with some extra change-the coins that won’t buy you anything, but somehow are unaccounted for in the end of your week’s purchases. If you keep a piggy bank for a year, as we are teaching our respondents, you might be able to save thousands of rupees.

In our study, we are introducing the metal lockbox and key, a seemingly simple solution has the potential to become the future of survival itself. By forgoing the usual bag of chips bought by their children every day, saving even a little bit of income (ten rupees, thirty rupees), our respondents will begin to recognize the variety of expenditures they incur, and discover the potential to reduce their own excessive purchases. 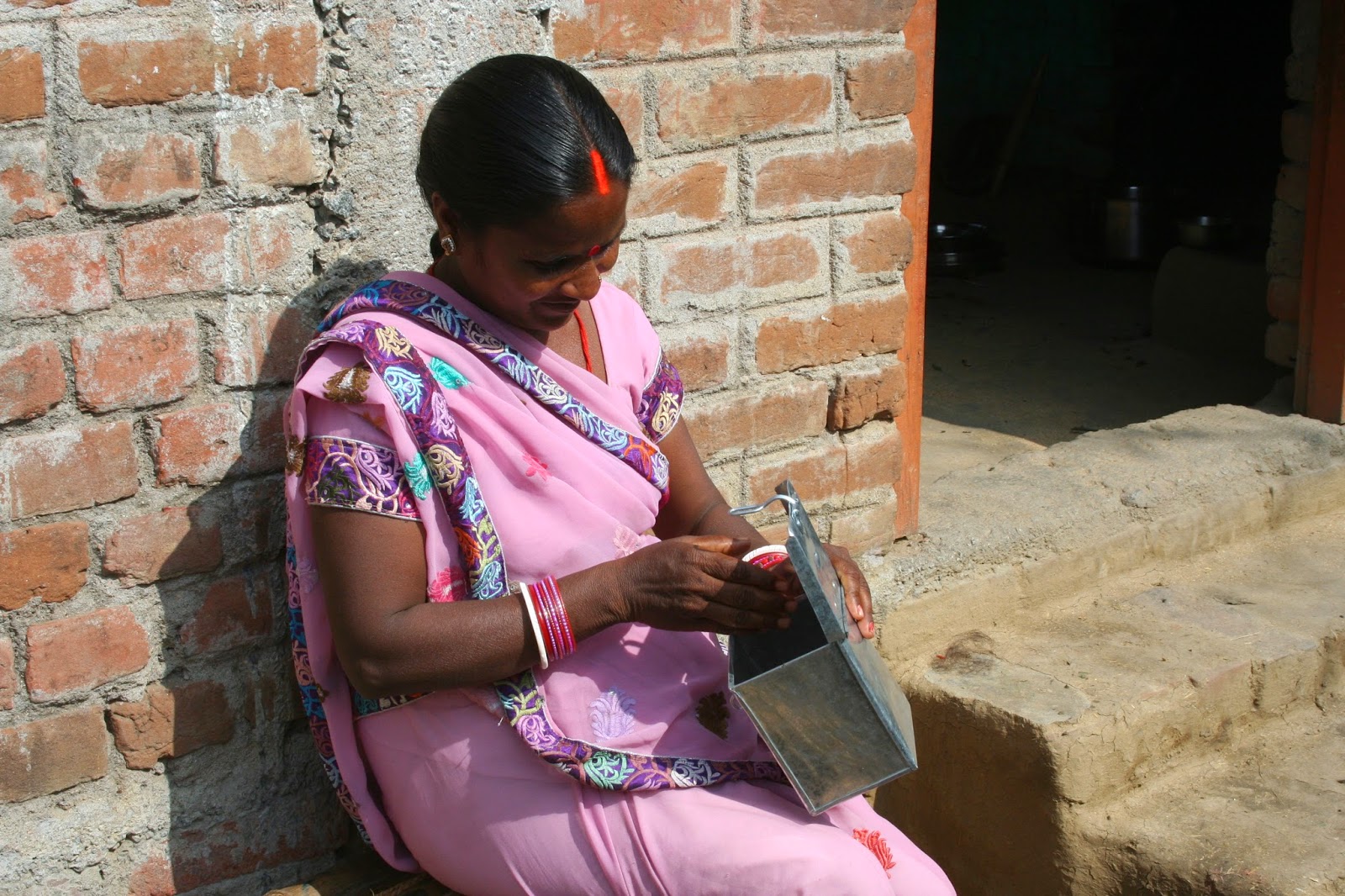 Tools and methods like these were previously tested in a study in rural Kenya. In the study in Kenya, economists Pascaline Dupas and Jonathan Robinson with Stanford University and UC-Santa Cruz respectively, discovered that by providing a “safe and designated place to save money for a specified goal,” in a savings device similar to a lock box, despite the money being easily accessible, respondents were less likely to indulge in “unplanned expenditures” such as “transfers to friends and relatives and luxury spending.” The lock box, in the case of this study, was used to save for a particular goal such as a health-related expenditure. Similarly, Abhijeet Banerjee and Sendhil Mullainathan have put forth the notion that poor people actually spend more money on tobacco, alcohol and so-called temptation goods. According to Dean Karlan of Yale University, who is also researching and testing savings products, savings for the poor is not only crucial but also very difficult.
“Even the wealthiest people seldom buy cars or houses on a whim. Instead, they tend to indulge in smaller-ticket items like cell phones, shirts, and shoes. But when poor people give in to temptation, they pay a greater share of their income than their richer counterparts do. As a result, saving is sometimes even more difficult for the poor than for the rich.”

Our study in Bihar intends to look at the use of the lock box as a form of savings for women. By visiting the same respondents multiple times, not only are we
able to give our respondents more time to understand how to manage their income, but we are also developing a more trusting relationship with them that views their concerns and perceptions of savings tools. The interaction also reminds them to keep using the tools, in the hope that they might continue to use them in the future.

The lock box, proven by other studies, is the kind of low-budget savings product that can really go a mile. “My son is now saving for a bicycle,” one respondent said, when asked whether she’s finding use out of the lock box. Just the possibility of earmarking money for a future expenditure is not only practical, but also inspires belief within the poor that they can achieve more with their limited resources.

Another integral aspect of our study involves using comic books developed by IFMR LEAD. In these comic books, a true story is told about a woman from Mumbai, who runs a vegetable stall and saves enough money to pay for a health emergency incurred by her children. She continues saving, every day about 30 rupees, from her daily income. The story is presented in contrast to a woman who hasn’t saved regularly and finds herself incapable of paying the doctor’s fees.

“How do you manage to save so much?” a character in the story asks our protagonist. She then proceeds to break down her salary into several different aspects of expenditure: food, clothing, school fees for her children— the basics. Then she goes into the details of various other excess expenditures that she was able to cut down on, with the cooperation of her family. Over time, the respondent may understand that she too has such expenditures but had not recognized the extent of their significance.

By being able to present a role model, the comic books allow the respondents, who are in this case, women, to find a scenario that they can emulate. In my experiences in the field, women are responding quite enthusiastically to the comic books. They follow along as it goes, repeating what they understand, and affirming their own excess expenditures in their own house.

The last tool, a financial diary, is possibly the most complex tool to implement. Women are encouraged to write their daily expenditures in a booklet, along with their daily income. Often, in the case of our respondents in Bihar, another individual in their household is helping them fill it out – such as their children or husband – as the woman may not be entirely literate. This form of budgeting is to encourage women and men to keep track of their expenses in a concrete and systematic way. Many are enjoying the task, while others are stuck with the barrier of illiteracy.

Savings products are very necessary for poor families to achieve upward mobility. Other studies conducted by IFMR LEAD have led us to realize that savings products may be the next best and most interesting intervention for bringing research into action In the near future, we will analyze the results and make them public, hopefully contributing to the dialogue on how to better develop tools for solving poverty and inequality. We are committed to understanding what makes women and men motivated to save — with the hope that NGOs, policymakers and other researchers can find concrete solutions to the seemingly endless cycle of poverty