COVID-19 and the Future of Seafood Markets in Chennai 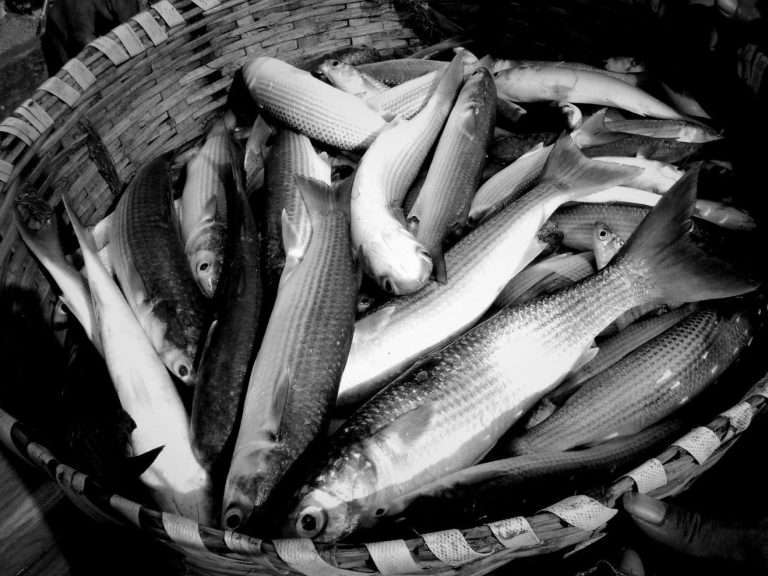 While it is still early to fully understand the impacts of the coronavirus pandemic on small-scale fisheries, rapid insights from the ground are important to shape policy actions and programs. This article is based on interactions with small-scale fisherfolk, co-operative, and union leaders in Chennai. The observations are likely to have broad relevance to small-scale fisheries in other parts of the Indian coastline.

Fish as a lifeline

Fish is a lifeline for several coastal communities in India, as a nutritious food source and a source of livelihood. Small-scale fisheries contribute to almost half the global fish catch, providing crucial employment opportunities. In India, small-scale fishers constitute more than half of the 4 million people involved in marine fisheries. Fishing has been narrowly characterised as a male-dominated occupation. However, women play a significant role in the industry, comprising almost 75 percent of people engaged in ‘post-harvest’ operations such as procuring and marketing the catch.

Seafood is a highly perishable commodity, and its trade depends on several factors: transporting the catch, access to storage facilities, pricing, timely access to markets, and dealing with spoilage. Therefore, seafood trade is susceptible to abrupt changes in market conditions. One such disruption – the coronavirus pandemic and lockdowns – has severely impacted the sector, particularly women engaged in the fisheries.

On 24th March 2020, the Prime Minister of India announced that the country would go into a nationwide lockdown within the next four hours. Fishing was banned in all forms. With supply chains disrupted, fisherfolk were unable to procure ice, transport their catch or sell it. They were compelled to rely on money lenders and the public distribution system to meet their daily food and other essential requirements.

By mid-April, fishing activities were permitted in a phased manner with certain restrictions. These short-term disruptions aside, the small-scale fishing sector is likely to face several long-term impacts. Several fisherfolks have been thrown out of business due to falling seafood prices and lack of markets, leading to precarious food security and health outcomes. While there have been positive consequences including food sharing and local distribution of seafood within the community, the coronavirus pandemic also highlights the globalised nature of fish supply chains and its trickle-down effects.

Importance of fish marketing and the challenges

After the fish has been brought to the shore, women take charge of the catch until it is sold in markets. The fish is either auctioned on the shore, transported to markets, or sold to nearby households. The leftover fish is cleaned, processed, and salted to make dry fish.

Women fish workers are the often invisible link connecting producers and consumers, in a way ensuring food security to people in remote rural areas and urban centres. More importantly, when women fish workers market the catch, they can support their households, ensure food and nutritional security of their own families.

Markets in the post-harvest sector are sites of power struggles as women fish workers compete with male intermediaries and traders in the process of accessing and selling fish.  They face several issues in transporting the fish, accessing low-cost interest credit, lack of hygienic storage facilities, access to legitimate vending zones, and market infrastructure. This contributes to spoilage of fish and affects its quality and marketability. The competition from male intermediaries in recent years is affecting the women fish workers’ ability to retain the traditional role that they play in marketing the catch.

“Despite the government imposing restrictions, our village has its own rule. Neither the trader could come into the village to buy fish, nor could the women go out of the village boundaries to sell the daily catch.”

The seafood trade depends on mobility, with the priority of bringing fresh fish to the consumers. Women fisherfolk bear a disproportionate burden of the adverse impacts of the lockdown.

“There were restrictions for women to sell fish outside my village.  Despite the government imposing restrictions, our village has its own rule. Neither the trader could come into the village to buy fish, nor could the women go out of the village boundaries to sell the daily catch”, notes Saravanan, a fisheries co-operative member from Urur Kuppam and member of the Coastal Resource Centre. Even within the village, women who have lost their husbands are more vulnerable to poverty traps. Widowed women who depend only on fish trade to support their families have been badly affected due to combined restrictions of government and the village.

“Women make a considerable investment in the business but are not recognised by the government, which primarily focuses on export and foreign markets.”

Bharathi, president of the South Indian Welfare Association in Nochikuppam says, “There are nearly 300 women fish workers in the village. During weekends, when there is a high demand for seafood, these women invest between Rs. 5000 to 1 lakh in the business. This is a considerable investment when one considers the 600 fishing villages across Tamil Nadu. However, these women are not recognised by the government, which primarily focuses on export and foreign markets. The government provided 1000 rupees during the lockdown. What could we do with that?”.

The lack of clear guidelines from the Fisheries Department to operate small fish markets has compounded the situation. There is a constant tussle between law and order authorities and the women fisherfolk because the customers who visit the market do not wear masks, practice physical distance, and overcrowd. In such cases, the police intervene to close the market. The fishing community as a whole has been affected due to the unavailability of seafood for personal consumption. As fishing operations continue to fluctuate with lockdowns and unlock phases, it is evident that the COVID crisis has exacerbated already existing problems faced by women fish workers. When women fish workers lose their incomes, there are spillover effects on the well-being of their children and the household as a whole.

The future of seafood markets as fish goes online

The coronavirus pandemic has created a sharp shift in consumer preference and online seafood retail sales have soared. There are several reasons for this shift, rooted in early speculations that coronavirus spread from a Chinese wet market in Wuhan, which has now been debunked by researchers. Nonetheless, online retail sales of seafood have gained a foothold in recent years, buoyed by the use of apps that deliver cleaned and neatly packed fish to the customers’ doorsteps. Some of the marketing strategies used by online retailers, through extensive advertising, is to promote the delivery of clean, fresh, and hygienic seafood. In a way, this is to break away from the norm where seafood markets are associated with overcrowding, stench, and unhygienic conditions. Online retailers also claim that the fish they sell have been caught without damaging the environment. The framing of the responsible seafood narrative has its own problems, oversimplifying the complex value chain and runs the risk of displacing vulnerable women fish workers.

With adequate access to freshly caught fish and the right kind of market information, procuring and selling fish is a profitable business opportunity. The primary concern here is the displacement of women fish workers, who traditionally intermediate between the producers and consumers, by other vendors. Questions about cleanliness, hygiene and overcrowding have been raised to determine the safety of buying fish from street markets. However, we need to understand that these are existing structural problems with its political-economic origins such as the state’s priority to increase fish production for export markets and not focus on domestic markets or its consumers. For instance, when fish is sold in open markets it cannot be exposed to the sun for a long time. With a lack of refrigeration and adequate market infrastructure, fish is stored in Styrofoam or fibre ice boxes to retain its freshness. Over time, the ice contained in these boxes leak as water, producing an unpleasant odour. While there are many ways to ensure proper seafood market infrastructure, there has been inertia on the part of the state to influence such outcomes. During pandemics such as COVID-19, the perception and negative image of street fish markets as unclean spaces far outweigh the positive aspects of these small businesses in supporting vulnerable communities.

Is fish a non-essential commodity?

It is critical to support small-scale fisheries during this tumultuous period and ensure that the sector recovers from the current slump, as the coronavirus pandemic will likely deepen gender inequalities already pervasive in this sector. This could be undertaken by building pressure on the state government and the Fisheries Department to recognise the role of small-scale fisheries in the local economy. Short-term interventions, for instance, could include the Fisheries Department conducting an economic assessment of the coronavirus pandemic’s impact on the business outcomes of the small-scale fishing sector and compensating them accordingly. In addition, there is a need for standard operating procedures to reopen fish markets and take necessary precautions to serve fresh, nutritious seafood as well as support small businesses.

In the long run, there is a general need for a shift in perception about the importance of seafood among not only the fishing communities but other marginalised communities as well and the role of women fish workers in linking producers to consumers. The lack of knowledge is the reason why seafood is considered to be a non-essential commodity and a ban is imposed on its sale during the intermittent and intense lockdown periods such as what Chennai is experiencing now. Seafood is an abundant source of lean protein and other micronutrients which is essential for marginalised communities to lead a healthy life. The state government has prioritised food supply through its public distribution system, but rather than the quantity of food provided what is important to consider is the quality such as what seafood could offer.