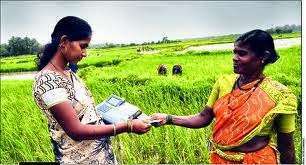 Posted by admin on November 19, 2012 | Featured | No Comments
[Terminology: Banking Facilitators (BFs) disseminate education on bank products and collect documents from clients on the bank’s behalf, along with offering a host of other products.]
Our first post in the series discussed the significant advantages of using information and communications (ICT) technology based models for promoting financial inclusion and in our second and third posts, we discussed reasons for the low usage of No-Frills accounts and the problems faced by each tier in the BC model itself. In the last post in this series, we’ll discuss some policy recommendations to improve the functionality of the BC model and improve its financial viability.These policy recommendations aim to solve operational problems with an objective to improve the functioning of BCs and make the model sustainable.

The demand-walah argument that the take-up of the model could be low simply because of a lack of demand for formal savings from the poor may be countered with a slightly paternalistic, supply-sided argument that the present issues hindering the effective functioning of the model have not been able to supply the product effectively, in turn making it impossible to successfully argue for either case.
The entire objective of ‘financial inclusion’ can be questioned by asking for evidence that simply opening a bank account increases the client’s well-being. However, research studies including one by CMF have documented that for people who were assigned savings accounts, health and financial indicators exhibited positive effects when compared to people who didn’t have any formal savings mechanisms at all. This may be due to the significantly less risky nature of formal finance or the simple principle that the propensity to consume cash-in-hand is always higher.