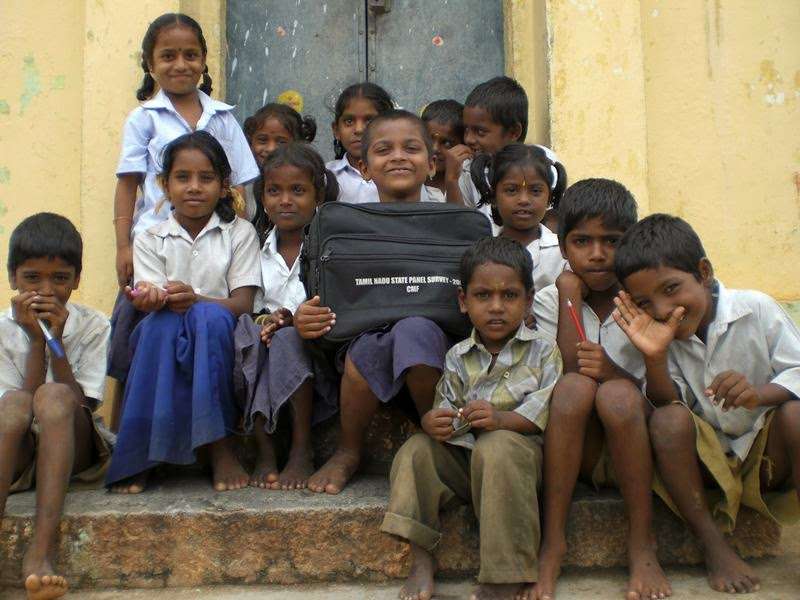 Posted by admin on June 28, 2013 | Featured | No Comments
In 1951, the Times of India commissioned cartoonist R.K. Laxman to illustrate the common man’s reactions to current events in a daily comic strip, “You Said It”. The comic strip had an extremely successful run and more than 60 years in, has given us one of the nation’s most endearing mascots — an always bewildered, balding, dhoti-clad householder — often seen peeking into meeting rooms from behind half-closed doors or eavesdropping on conversations, his face buried in a newspaper.
It turns out, unifying the common characteristics, reactions, aspirations and troubles of a majority of the nation and presenting them in a single persona was a good idea. It was an amusing caricature but it was also a powerful image that would be frequently referenced for many decades to come. Another example of this is the idea of an Indian “aam aadmi” — a phrase that, when coined, resonated so widely that it won a national election. Just as popular are the terms “an average Joe”, “plain Jane” and many others worldwide. However, most profiles of the common man or aam aadmi are often created based on popular perception, rendering them possibly biased and inaccurate.
Who is Chennai’s “average Joe”?
Being a true-blue CMF-er, I find it difficult to settle for an ill-informed or biased sketch of the aam aadmi. Further, I am spoilt by my love for large, unbiased samples and very long surveys, so I’ve decided to use one such large dataset from a Yale-CMF study to create a profile of Chennai’s own “average Joe”. What is his name, how old is he, how big is his family, what’s in his home and what’s on his mind?


In a series of thematic posts, I hope to integrate relevant findings from various sections of a Yale-CMF survey and present an accurate picture of the life of the average family in Chennai — where they live, how they earn their bread (their idlis?), manage their money and engage with the community.
The Tamilnadu Socioeconomic Mobility Survey
As mentioned earlier, this analysis will use data from the Yale-CMF Tamilnadu Socioeconomic Mobility Survey. The survey collected data from 5000 urban households (in addition to 5000 rural households), of whom 1075 households reside in the city of Chennai. The large sample was randomly selected from a thorough listing of all enumeration blocks (which were also randomly selected). As we like to say at CMF — the more randomness the better — so rest assured, we anticipate that our estimates from this sample will be representative of Chennai city.
The panel survey was extremely detailed and collected information on a wide range of topics including housing conditions, livelihood, expenditure, finance, education, health and migration. I hope to leverage the breadth of the dataset and keep the analysis itself simple — restricted to the estimation of medians in most cases. Stringing together information on how the median household measures on a variety of metrics, I hope to paint a picture of how the average household in Chennai gets by. Needless to say, this is policy relevant because, as they say, the mark of a great city is how it treats its ordinary people and not the special ones.
Meet the Ravichandrans


We found that the median household size in Chennai is 4, usually consisting of a middle-aged head of the household, his spouse and their 2 children. Let’s give them names and flesh out more details.
The median age of the head of the household in our Chennai sample is 46 and from the data that we collected, the most common name for boys born in that decade was Ravi, Ravikumar or Ravichandran. Likewise, the median age of his spouse is 39 and the most common name for women her age is Lakshmi (named after the Goddess of wealth). So there you have it: Chennai’s “average Joe” is Ravichandran, 46 and the “average Jane” is Lakshmi, 39.


Ravichandran and Lakshmi married in 1990, at which time Ravichandran was 26 and Lakshmi barely 20 years old. Our data shows that the median Chennai family waits for a little more than a year to plan their first child and accordingly, Lakshmi was 22 when their first child was born. Now, they have two children — a boy and a girl. Similar to how we renamed “average Joe” and “average Jane” based on the most popular names for their generation in our sample, we found that the average children are Vignesh, 16 years of age and Ramya, 14.
When we realized they were living as a nuclear family, naturally we were curious about their extended family and where they lived. In our survey we inquired about all non-coresident parents and siblings of both the household head and his spouse. We found that, on an average, both parents of the household head (in our case, Ravichandran’s) were deceased while Lakshmi was likely to have one living parent, usually her mother. Further, the data revealed that Lakshmi’s mother likely resides in Chennai too, perhaps with Lakshmi’s brother’s family, as is the social custom.
In our survey we asked a lot of questions about Ravichandran and Lakshmi’s relationship with their extended family and if they’ve helped each other out in times of need. As we expected, there are a lot of complex financial and non-financial exchanges that take place between relatives and I’ll save the details for another post.
In the next post we’ll peek into Lakshmi and Ravichandran’s home and take a look at how many rooms they have, what consumer appliances they own and whether they received the free TV and mixer/grinder that the government promised. I hope they don’t mind us snooping around!