A Primer to Climate Finance in India 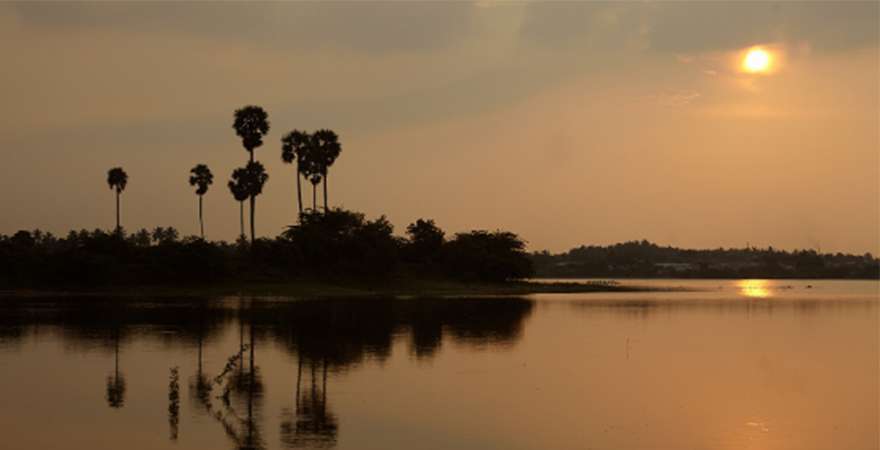 With an increasingly warming planet, climate change has been termed as an “emergency” by the United Nations Secretary-General, urging countries around the world to enhance their Nationally Determined Contributions (NDC). Under the Paris Agreement, each country is required to declare a set of NDCs to meet their emission reduction targets. NDCs are crucial to meet the long-term goals of the Paris Agreement.

In 2018, the Intergovernmental Panel on Climate Change (IPCC) highlighted the fact that an increase of global temperature by 0.5°C, from 1.5°C to 2°C, would have disastrous consequences such as dangerous heat waves and rising seas. The IPCC report has called for unprecedented efforts to reduce fossil fuel emissions to less than half in 15 years. The transition to a low carbon-dependent world will require financing at an unprecedented scale. For instance, a discussion paper by India’s Ministry of Finance (MoF) estimates that it would require USD 2.5 trillion between 2015-2030 to implement its climate change actions. Climate finance, provided by globally developed nations for low-carbon economic growth in developing countries, is a key source of funding for adaptation and mitigation efforts.

Over the past few months, LEAD has engaged with organizations and experts working in the space of climate finance and electric vehicles (EVs) to explore the possibility of leveraging global climate funds to promote clean transport in India and build on existing research in climate finance (Note: Electric vehicles can be classified as clean transport if renewable energy sources are used to charge the batteries. If batteries are charged from non-renewable energy sources, then it then it is debatable if it can be classified as clean transport or not). Through these discussions, it is clear that extensive literature exists on issues in climate finance and how to make it more effective. However, research also shows that climate financing suffers from fundamental issues like inadequate funding and poor accounting frameworks, which indicate lacunae in implementation.

This article is the first of a two-part blog piece where we discuss climate finance based on secondary research and preliminary discussions with other researchers and practitioners. In this part, we provide a brief history of climate finance and identify salient issues of different sources of climate funds.

A brief history of climate finance

Climate finance was first developed conceptually under the United Nations Framework Convention on Climate Change (UNFCCC) adopted at the Rio Earth Summit in 1992. Article 11 of the convention laid out the broad framework for the convention’s financial mechanism to function under the guidance of the Conference of Parties (CoP). The Global Environment Facility (GEF) was established as the operating entity for the financial mechanism of the convention. In 2010 the Green Climate Fund (GCF) was established, which also serves as an operating entity.

Climate finance works on the principle of “Common but Differentiated Responsibilities” (CBDC) which requires developed countries to fund the implementation of climate change-related projects of developing countries as well as take the lead in mobilizing climate finance from other sources as they have historically had a higher share of emissions. In 1997, the Kyoto protocol categorized countries into annex 1 and non-annex 1 countries. Annex 1 consisted of OECD countries and member countries of Economies in Transition (EIT) group who were required to bear additional burden to reduce global emissions as well as take the lead in implementing mitigation efforts. Additionally, annex 2 was created, which consisted of only OECD countries that were required to provide finances to non-annex 1 countries, which are mostly developing countries, to reduce their emissions and enable them to adapt to climate change.

While climate action financing requirements are enormous, there are many issues plaguing the sector including a shortage of funds, weak bureaucratic and institutional frameworks, and improper accounting frameworks for the flow of climate funds from developed to developing countries across multiple sources.

Other than international multilateral funds like GEF and GCF, climate funds can also be created through other sources. In India, climate funds can come through bilateral funds from bilateral institutions; private funds like private equity, venture capital, and public funds like budgetary outlays and national climate funds. In India, public funds are the largest source of climate finance (Singh, 2017). Currently, private funds are an unreliable source for implementing climate change projects, except for renewable energy projects. Moreover, the financial sector in India is reeling under severe stress, making the role of public, multilateral, and bilateral sources of funding more important to make a transition to a more sustainable future.

There are several issues in accessing multilateral funds like GEF and GCF that are primarily funded by developed countries that have had a higher share of emissions, historically. The MoF discussion paper highlights that developed countries in 2009 pledged to contribute US$ 100 billion per year by 2020 to climate funds. However, in 2016 the total climate finance contribution was just US$ 38 billion, less than 40% of the US$ 100 billion pledge. Moreover, the total pledges to GCF – the largest dedicated climate fund in the world, was only US$ 10.3 billion till July 2019, which is highly inadequate considering the estimated cost for developing countries to implement their NDCs is US$ 4 trillion. Now, the USA under the Trump administration has also withdrawn from the Paris agreement, which is going to impact the flow of funds for climate finance significantly. Multilateral funds are also criticized for a poor accounting framework; lack of agreement on the definition of climate finance; lack of transparency; inflation of reported figures of contribution by developed countries and for being heavily skewed towards mitigation funding as compared to adaptation funding (Weikmans and Robert, 2017; CCFU, 2019). This was also highlighted in our discussions with civil society organizations working on climate finance who pointed out that GCF funding has mostly been used for climate mitigation projects in the renewable energy sector. At the same time, there is limited focus on climate adaptation projects. In recent developments, these funds are also shifting their focus towards either renewable energy-oriented mitigation projects in smaller countries or adaptation and resilience projects. Moreover, these funds can also take a substantial amount of time to be sanctioned, creating more hurdles in accessing them.

The largest source of climate financing in India is public funding, which is routed through budgetary allocation and several funds and schemes related to climate change established by the Government of India such as National Clean Energy Fund (NCEF) and National Adaptation Fund (NAF) (Singh, 2017). The Government of India also provides funding through eight missions established under the National Action Plan for Climate Change. It has established a Climate Change Finance Unit (CCFU) in the Ministry of Finance, which is the nodal agency for all climate change financing matters. Singh (2017) and Jha (2014) show that public funding in India is inadequate and misused. For example, the Government of India approximately spends 2.6% of GDP on climate adaptation but still falls short by USD 38 billion. Similarly, NCEF funds have been used to meet budgetary shortfalls in the Ministry of New and Renewable Energy (MoNRE) and Ministry of Environment and Forest (MoEF). Additionally, there is no assessment of climate relevance of publicly funded projects in India, making it difficult to evaluate financial allocation towards climate action (Singh, 2017). Moreover, the Government of India’s estimates of USD 2.5 trillion required for climate change projects has been challenged by Dubash and Khosla (2015) as lacking a sound analytical basis.

Private funds are another source of climate finance in India. While private funds can play an important role, they cannot bring about a systematic change due to the high risk involved in climate mitigation projects. Other than renewable energy projects where the co-benefits are high, other projects such as electric transportation are not able to generate substantial funding from the private sector. For example, CEEW (2019) highlights that lack of confidence in EV technology makes banks and microfinance institutions reluctant to invest in the sector. This is the main bottleneck for private sector investment to flow in the EV manufacturing sector. Due to technological uncertainties, EV manufacturing perceivably possesses a high investment risk for the private sector to invest. Private investments are now flowing more smoothly to renewable energy sectors as overtime, various risk mitigation mechanisms have been developed. However, this is not the case in the EV manufacturing space.

In the next article, we hope to delve deeper into exploring the possibility of accessing multilateral climate finance to promote clean transport in India.

Soumyajit Bhar is currently a final stage PhD scholar of Sustainability Studies at Ashoka Trust for Research in Ecology and the Environment (ATREE), Bangalore and Research Fellow at LEAD at Krea University. His dissertation attempts to understand drivers as well as environmental impacts of the luxury consumption basket in India. He is also interested in larger questions of philosophy and ethics particularly pertaining to environmental issues.

Arjun Malhotra is currently working as a Research Associate at LEAD at Krea University. He has worked on projects related to digital financial inclusion and repayment flexibility. He has field experience in both urban and rural areas with extensive fieldwork in Karnataka and Uttar Pradesh.